The legendary Garland Jeffreys has done it all. This Brooklyn native attended Syracuse University, where he spent a year studying art history in Florence, Italy. Back home he began his career in Greenwich Village clubs and has since released  numerous critically acclaimed albums included Ghost Writer, Escape Artist and Don’t Call Me Buckwheat featuring a roster of guest artists such as Lou Reed, Dr. John, Sly & Robbie,  David Johansen, Phoebe Snow, Luther Vandross, Randy Brecker, Duncan Sheik and members of the E Street Band’an eclectic group giving some indication of his genre-bending music. With a powerful, supple voice and a deep catalogue of songs covered by everyone from punk pioneers The Circle Jerks (Wild in the Streets) to the neo-folk group Vetiver (Lon Chaney) Jeffreys is ‘a man of diversity with music to match’had he been born earlier, Mr. Jeffreys could have had a career as a jazz singer’had he been born later, he might have been a peer to Citizen Cope and Ben Harper, who mix up their playlists and benefit from followings not bound by the dictates of radio.’ -Wall Street Journal With a long awaited new album out this May and the ripping new single Coney Island Winter out now, Jeffreys shows no sign of slowing down 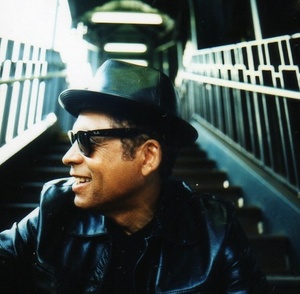