George Winston grew up mainly in Montana, and also spent his later formative years in Mississippi and Florida. His favorite music was instrumental rock and instrumental R&B including Floyd Cramer, the Ventures, Booker T & The MG’s, Jimmy Smith, and many more. Inspired by R&B, jazz, Blues and rock (especially the Doors), George began playing organ in 1967. In 1971 he switched to the acoustic piano after hearing recordings from the 1920s and the 1930s by the legendary stride pianists Thomas ‘Fats’ Waller and Teddy Wilson. In addition to working on stride piano, he also at this time came up with his own style of melodic instrumental music on solo piano, called folk piano. His main influences currently are the New Orleans R&B pianists Professor Longhair, James Booker,and Henry Butler. Since 1972 George has released thirteen solo piano albums, and his latest releases are Love Will Come -The Music Of Vince Guaraldi Vol 2 (2010), and Gulf Coast Blues & Impressions 2 ‘ A Louisiana Wetlands Benefit (2012). His next solo piano album, Spring Carousel ‘ A Cancer Research Benefit, will be released in 2016. 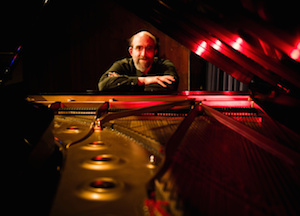