Inspired by the seasons, solo pianist George Winston plays over 100 solo piano concerts a year in America and beyond. His concerts feature a variety of styles, including his melodic folk piano, stride piano, New Orleans R&B piano, Vince Guaraldi’s Peanuts pieces and more. His new CD entitled LOVE WILL COME ‘ THE MUSIC OF VINCE GUARALDI, VOLUME 2 was released on Feb. 2nd. In concert George will be performing songs from his upcoming CD, as well as selections from his seasonal favorites AUTUMN, DECEMBER, WINTER INTO SPRING and SUMMER, as well as his themed albums FOREST, PLAINS, and MONTANA – A LOVE STORY, and his albums dedicated to composers: LINUS & LUCY – THE MUSIC OF VINCE GUARALDI, and NIGHT DIVIDES THE DAY – THE MUSIC OF THE DOORS. ‘Please join us in support of a local food bank by bringing a donation of canned food to the concert. There will be collection baskets at the entrances.’ 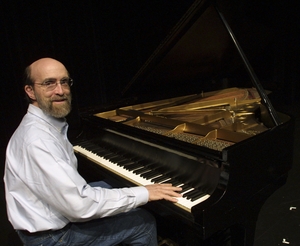