In a city whose spirit world is as old as Mother Africa’s children, Glen David Andrews, a native son of New Orleans, has made a compelling case for his own deliverance. Redemption (Louisiana Red Hot Records), Glen’s critically acclaimed new release, is his balm after a very personal storm. It’s about acceptance and forgiveness, about rebirth and renewal. ‘This is a record about my journey back from the living dead.’ Born in the historic Trem?? neighborhood Glen and his older brother, Derrick Tabb of the Rebirth Brass Band, along with their younger cousin Troy ‘Trombone Shorty’ Andrews, soaked up life’s musical lessons by learning the history of the brass band tradition from iconic figures like Tuba Fats. Andrews says. ‘Jesus was born in a manger, I was born in a second line.’ He was blowing a joyful noise by the time he was 12 and practiced his musicianship and showmanship with the city’s most energetic brass bands, from New Birth and L’il Rascals to ReBirth and Trem??. That presence and sweetness have long endeared Andrews to audiences at his regular gigs at such New Orleans clubs as dba and Three Muses. In recent years he began making waves as a headliner at the world’s biggest block party ‘ the annual New Orleans Jazz & Heritage Festival, as well as many other festivals and legendary clubs around the US, including The Lincoln Center, Voodoo Music Experience, Chicago Folk and Roots Festival, Houston International Festival, Joe’s Pub, House of Blues Nola, Tipitina’s, American Jazz Museum KC. 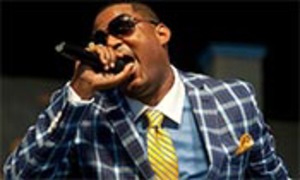