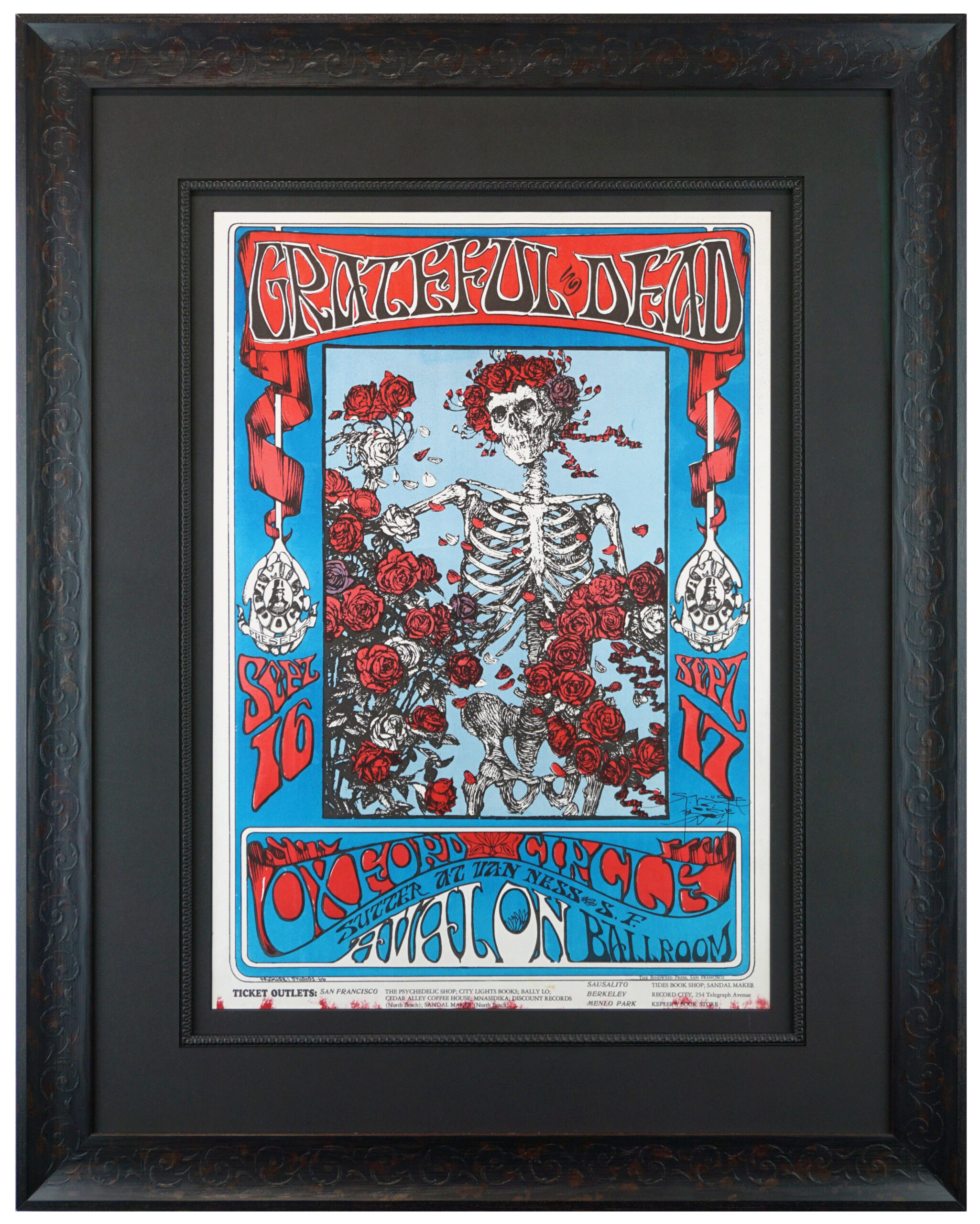 This will be the largest exhibition of Grateful Dead posters ever exhibited.

OPENING RECEPTION EVENT: On Sunday, February 5th from 5 – 8 pm, come celebrate the Grateful Dead and enjoy an evening of art, music and beer inspired by the legendary band. The event is FREE and will have samples of the Narrows Center & Troy City Brewery collaboration of “Skeleton & Roses” West Coast IPA and some Fall River favorite food offerings.

Grateful Dead poster curator Ted Bahr will be on hand for the reception to conduct a slide presentation and discussion about the incredible artwork. Ted is the owner of the Bahr Gallery in Oyster Bay, New York which is renowned for its psychedelic poster collection.

The discussion will be followed by a performance by musician, author, music journalist and radio host David Gans.  David is the longtime radio host of The Grateful Dead Hour and Sirius XM’s Tales from the Golden Road.

The Narrows Center is excited to share a walk back through time, displaying an array of original vintage posters used to advertise Grateful Dead concerts from back in the 1960’s until the band’s final year in 1995. “The spirit, vibe and music of the Grateful Dead have a special place in the hearts and minds of Narrows’ patrons, volunteers and staff,” states Patrick Norton, Executive Director of the Narrows. “It is an honor to host this one-of-a-kind exhibition.”

The Grateful Dead were major players in the utopian psychedelic swirl of peace and love, music, art, and experimentation that was San Francisco in the late 1960s. In the spring of 1966, the posters advertising “dance concerts” became increasingly psychedelic themselves, reflecting the music and recreating the psychedelic experience in print. Early Grateful Dead posters were often a minefield of barely decipherable lettering, clashing colors, and surreal images with no seeming relationship to what was being advertised – but if you could figure them out then you were hip, man!

All of the bands associated with the psychedelic period were moving on or burning out by 1970 but as the Dead just kept on truckin’ – so did their posters. FM radio increasingly became the preferred medium for advertising concerts, but posters continued to follow the Grateful Dead around and, while certainly more legible, they remained graphically interesting, combining and building upon the Grateful Dead iconographical catalog.

As the Dead’s Jerry Garcia said in 1987, “A poster unlocks memories just like a record does. You know how the records you listened to were the background music of your life? Well, the posters are the front pages, the covers of your life. I just can’t help looking at these and going BOING!  I don’t know why. It’s what art is.”

The Exhibition, featuring nearly 80 works, will be heavily tilted toward posters from the late 1960s as this was time – largely before FM radio took off – when the posters were the primary way to sell tickets to the concerts. Artists represented will include Rick Griffin, Stanley Mouse, Alton Kelley, Wes Wilson, Bonnie MacLean, Peter Max, Robert Rauschenberg, Arlene Owseichik, David Singer, Randy Tuten, Lee Conklin, Phil Garris and John Van Hammersveld.

Highlights will include the famous 1966 “Skeleton & Roses” poster by Mouse and Kelley that became a core part of the Dead’s iconography, a first printing of the 1969 concert poster, “Aoxomoxoa,” later adopted as the cover of the Dead’s third album by Rick Griffin, the 1970 poster by David Singer featuring the only time Miles Davis and the Grateful Dead ever played on the same bill, and a very rare 1969 New Year’s Poster from the Boston Tea Party. Pieces from legendary venues like the Fillmore, Avalon, Winterland, and the Carousel Ballroom in San Francisco will be shown along with later venues like the Philadelphia Spectrum, Madison Square Garden, Radio City, Buffalo’s Shea Theatre, the Centrum in Worcester and more.

Virtually all pieces are first printings and are accompanied with meticulous background and history, placing each piece in context. Examples of this art hang or are in the permanent collections of the Smithsonian, Metropolitan Museum of Art, MOMA, the Louvre, and other leading museums and institutions around the world.

Grateful Dead: The Vintage Posters, 1966-1995 is co-curated by The Bahr Gallery, the only art gallery in the country dedicated to rare, first-edition, psychedelic rock posters located in Oyster Bay, New York. The posters are in the collection of owner Ted Bahr, and all works are also for sale and will benefit the Narrows Center.

“We are excited to bring this amazing catalog of work to the Narrows Center for the Arts. The Narrows Center was founded at the intersection of music and the visual arts. This show celebrates the symbiotic relationship between the two,” says Ted Bahr. “While we have a Grateful Dead exhibition annually in Oyster Bay, the exhibition we are planning for the Narrows will be approximately twice as large as we have ever been able to present.” 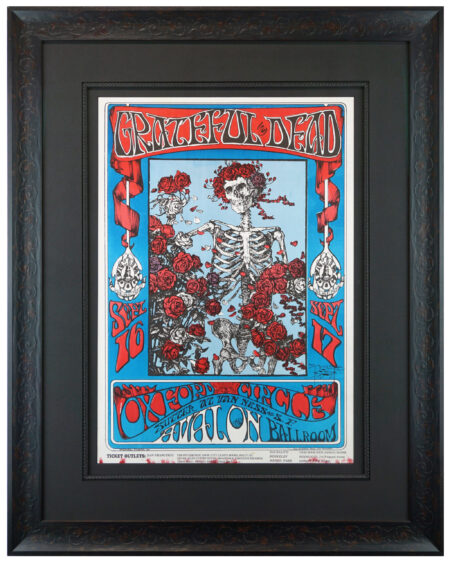 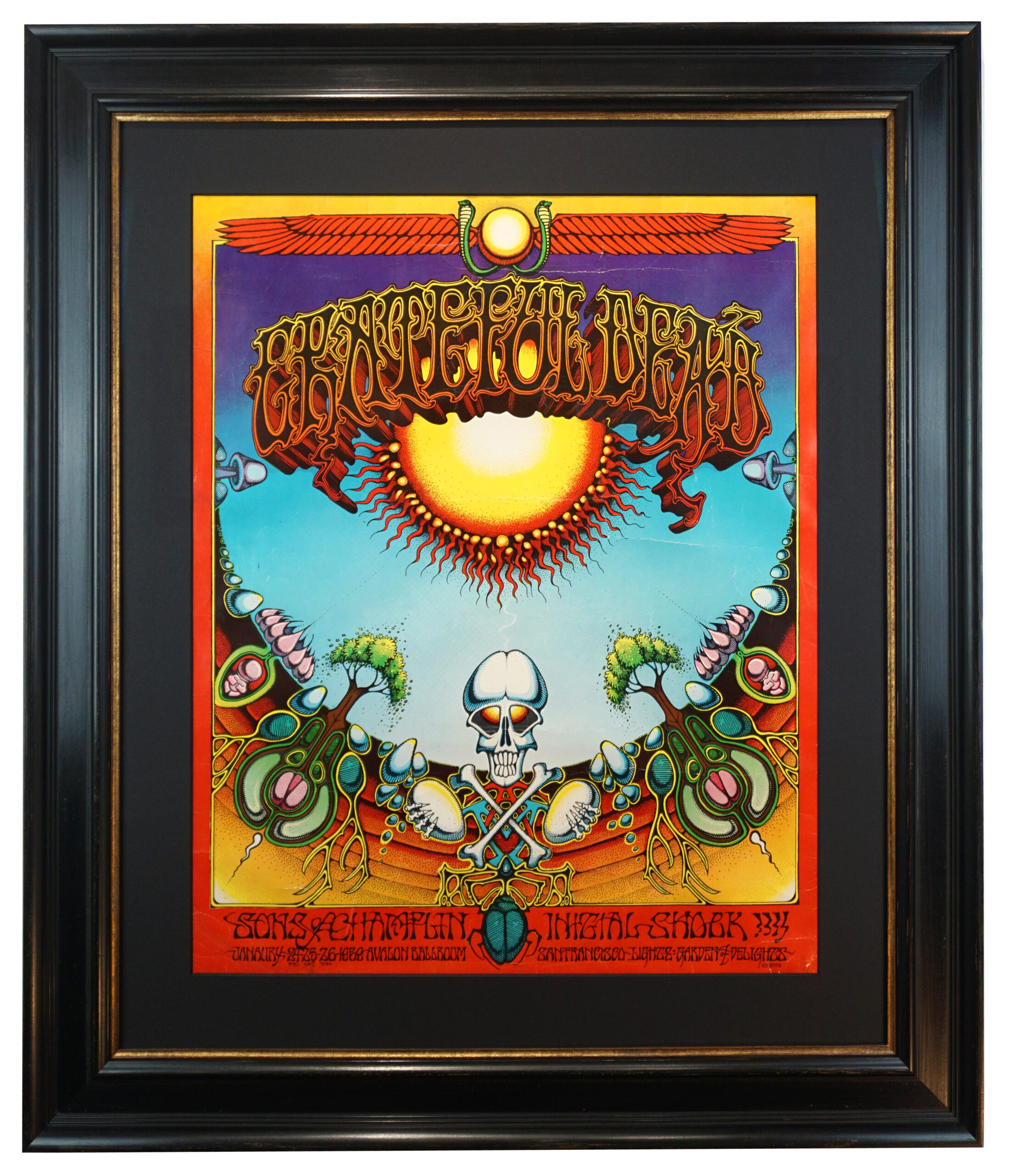 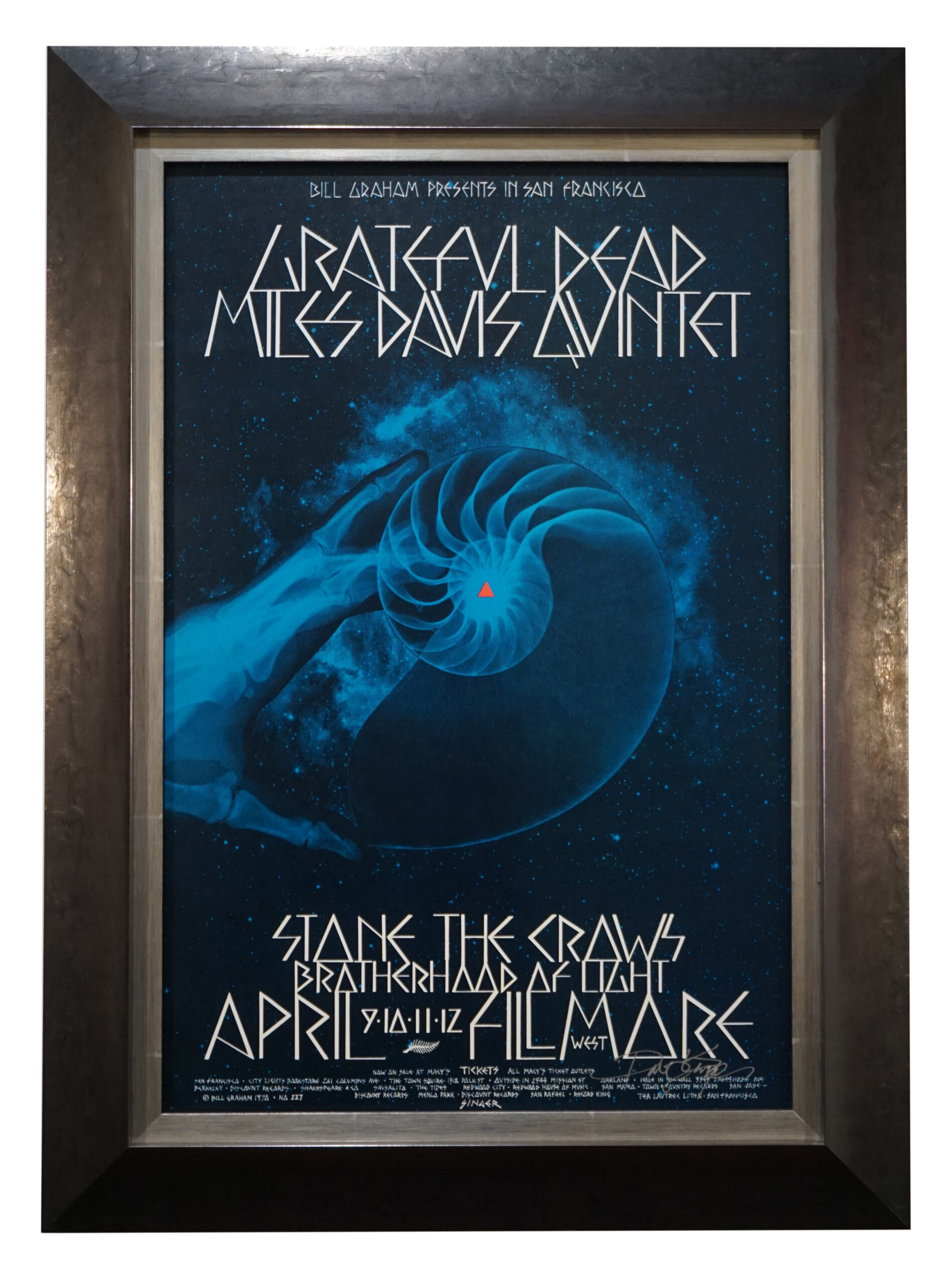 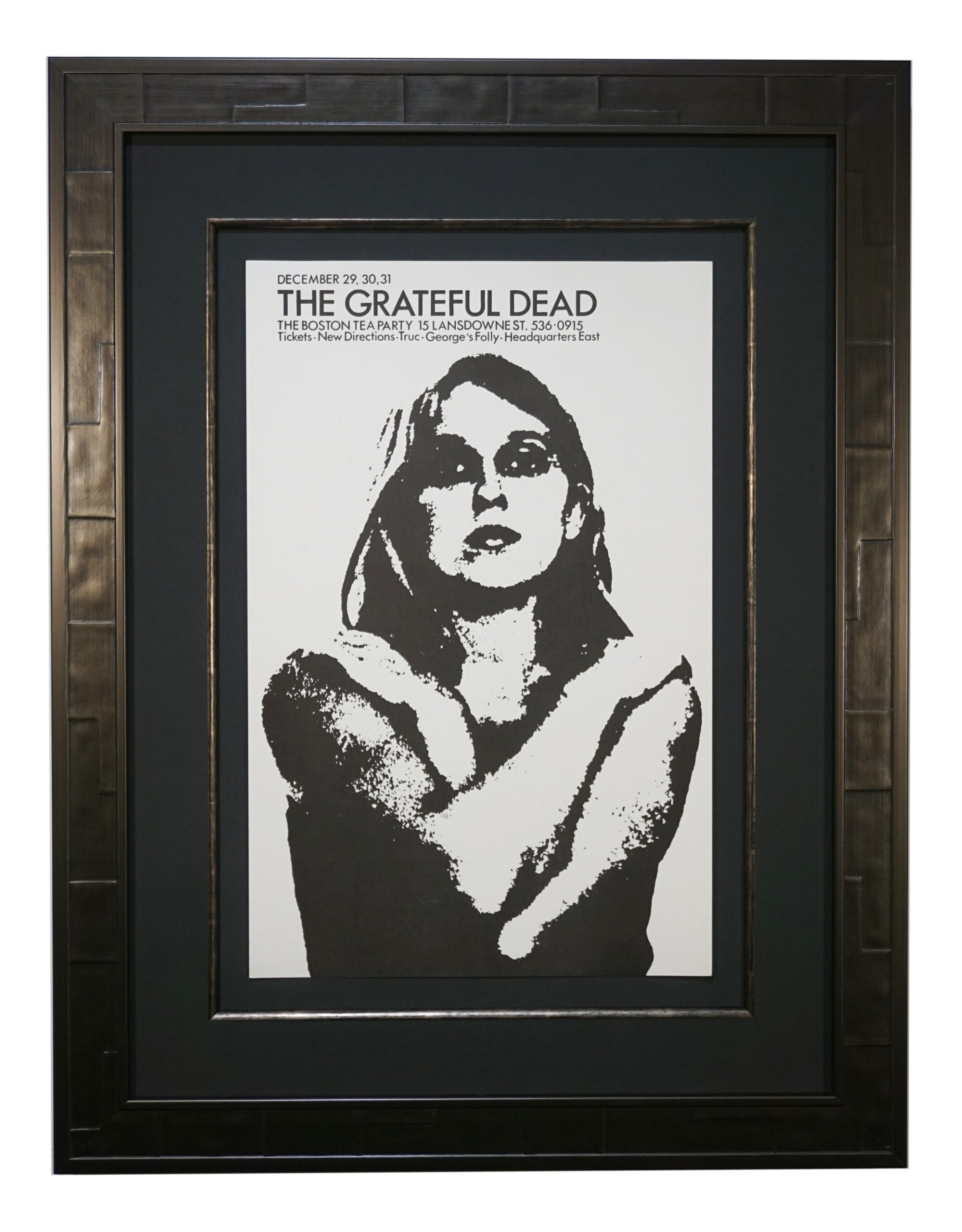 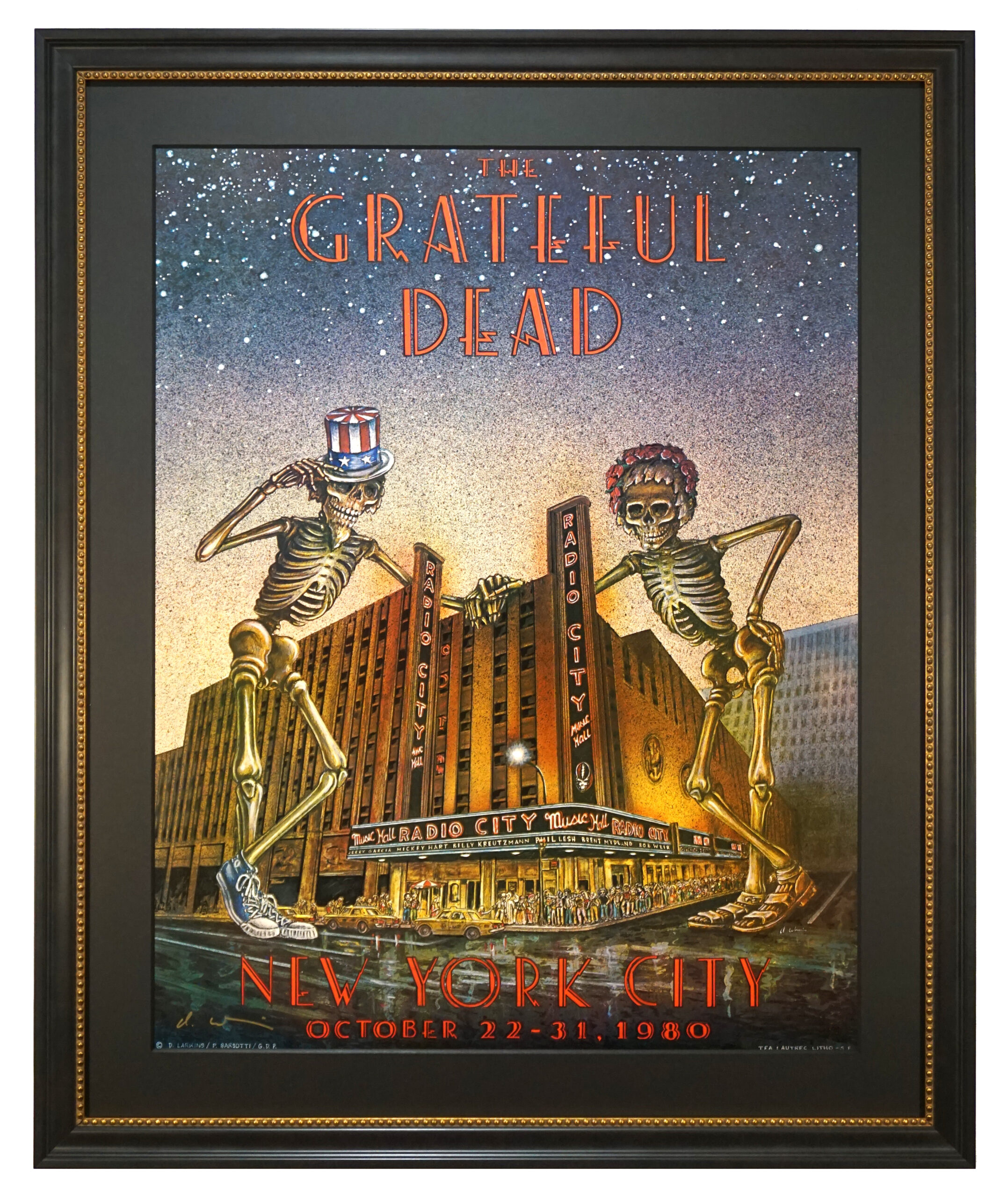 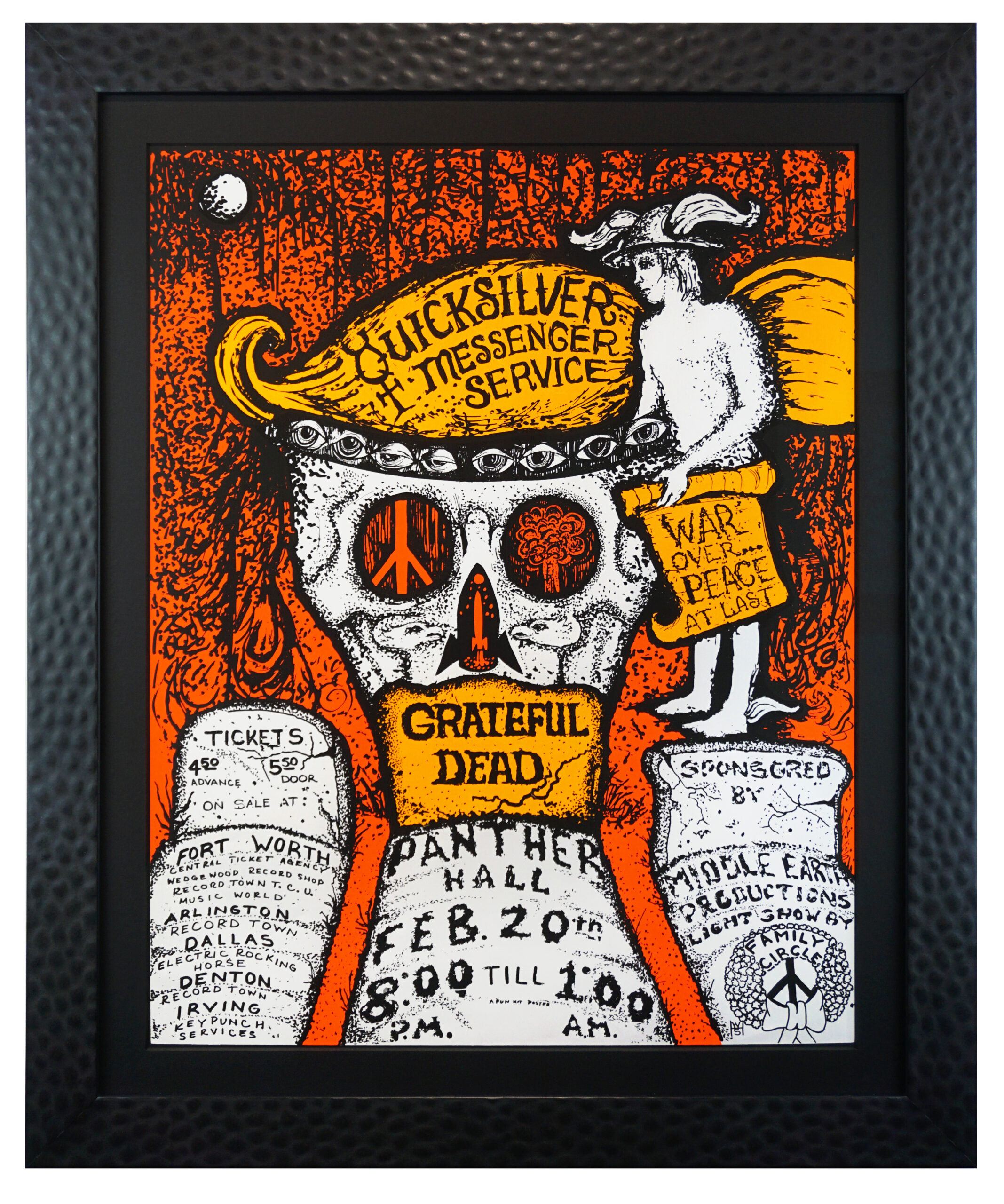