Internationally acclaimed singer/songwriter and powerhouse pianist Grayson Hugh has been wowing audiences and gathering loyal fans around the world since he burst on the scene with his 1988 RCA debut album ‘Blind To Reason.’ Known for his global mega-hits (‘Talk It Over’, ‘Bring It All Back’, ‘How Bout Us’) and his songs in blockbuster movies ‘Thelma & Louise’ and ‘Fried Green Tomatoes’, this blue-eyed soul phenom has brought his high energy live show to concert halls around the world. In 2010 Hugh released his long-awaited comeback release ‘An American Record.’ In the words of one writer: ‘Grayson Hugh has been there and back again. His story – our story – has to be heard.’ Performing with Hugh is his wife singer Polly Messer, a former member of the swing band Eight To The Bar. Caroline Doctorow’s career boasts ten Folk Americana albums and a reputation for delivering a song with a velveteen voice. Lee Zimmerman of No Depression says ‘with a rustic back porch stance that finds her akin to Emmylou Harris, Nanci Griffith, Judy Collins and Lucinda Williams, she has all the makings of an understated star.’ In addition to hosting the monthly folk radio show Songtrails on WPKN, her voice can be heard on the soundtrack of the feature film ‘Daniel’ directed by Sidney Lumet and on the soundtrack of the PBS series ‘Freedom, The History of Us’ narrated by Katie Couric. 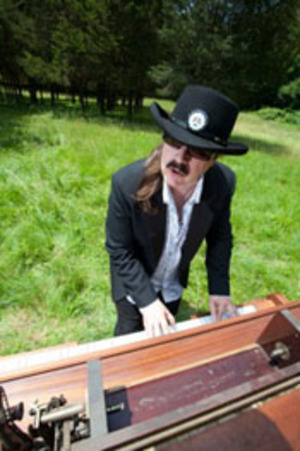