Hayes Carll is an odd mix. Wildly literate, utterly slackerly, impossibly romantic, absolutely a slave to the music, the 35-year old Texan is completely committed to the truth and unafraid to skewer pomposity, hypocrisy and small-minded thinking. In a world of shallow and shallower, where it’s all groove and gloss, that might seem a hopeless proposition. Last year, ‘Another Like You, ‘Carll’s stereotypes attract duet of polar opposites, was American Songwriter’s #1 Song of 2011 – and KMAG YOYO was the Americana Music Association’s #1 Album, as well as making Best of Lists for Rolling Stone, SPIN and a New York Times Critics Choice. But more importantly than the critical acclaim is the way Carll connects with music lovers across genres lines. Playing rock clubs and honkytonks, Bonnaroo, Stones Fest, SXSW and NXNE, he and his band the Gulf Coast Orchestra merge a truculent singer/songwriter take that combines Ray Wylie Hubband’s lean freewheeling squalor with Todd Snider’s brazen Gen Y reality and a healthy dose of love amongst unhealthy people. ‘I guess you could say I write degenerate love songs,’ Carll says. ‘That, and songs about people who’re wedged between not much and even less; people who see how hopeless it is and somehow make it work anyway. ‘And the best kind of irony, sometimes, is applying no irony and letting reality do the work.’ 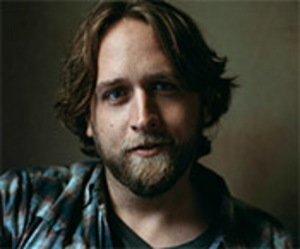