Heather Maloney and Joe Fletcher and the Wrong Reasons

I always said that if I didn’t write songs, I’d be covered in tattoos, because every song I write is something I want to remember really badly,’ says Heather Maloney. She has no ink so far. Instead, the Northampton, Mass., singer and songwriter is marking life lessons with music on her new self-titled album, penning tuneful reminders to herself about the little triumphs of love on ‘Flutter,’ the solace of redemption on ‘Turn Yourself Around’ and her firm belief that nothing’s colder than trying too hard to be cool, an idea that inspired ‘Fire for You.’ Heather Maloney, out in March on Signature Sounds, is the third album for a songwriter hailed by The Huffington Post for ‘lyrics that cut to the chase.’ DigBoston wrote that she ‘deserves the type of cult following that has allowed the likes of Aimee Mann and Ani DiFranco that long standing success and influence they have had.’ Joe Fletcher was a huge hit at the 2012 Newport Folk Festival. He is a fantastic songwriter with a killer band who are widely known for their incendiary live show. ‘Joe Fletcher proves his versatility on White Lighter. His signature brand of dark and lyrically driven honky tonk is interspersed with a softer side that would make a Hagg or Jones proud.’ – No Depression 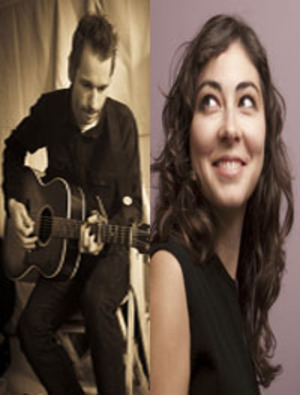