Austin-based Hot Club of Cowtown have grown to be the most globe-trotting, hardest-swinging Western swing trio on the planet. The first American band to tour Azerbaijan, they have opened stadiums for such artists as Bob Dylan and Willie Nelson. Hot Club of Cowtown have created an international cult following for their brand of western swing. a sonic personification of joy and unique sound inspired by their namesakes: ‘Hot Club’ from the hot jazz guitarist Django Reinhardt and violinist Stephane Grappelli’s Hot Club of France, and ‘Cowtown’ from the Western swing influence of Bob Wills and His Texas Playboys. 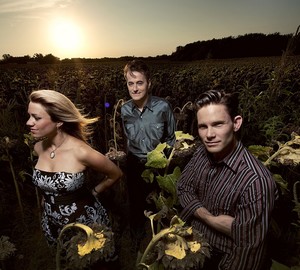