They brought the house down at last year’s Arts Festival. Hot Club of Cowtown has grown to be the most globe-trotting, hard-swinging Western Swing trio on the planet. From early days busking for tips in San Diego’s Balboa Park, the band has grown and developed into a formidable international sensation. The Hot Club’s ever-growing presence on the international festival scene has grown with its relentless touring over the years alongside the release of five critically acclaimed CDs on American Roots label HighTone Records. In August 2008 the Hot Club’s sixth CD, ‘The Best of the Hot Club of Cowtown,’ a hand-picked, band-picked, twenty-song retrospective, was released by Shout!Factory. 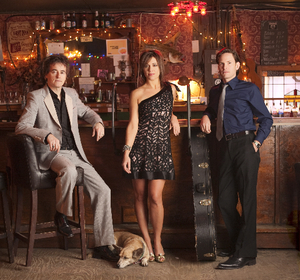