Howard Fishman and his Band

Acclaimed singer, guitarist, composer and bandleader Howard Fishman’s exuberant, spontaneous, and unvarnished music has made him a favorite of audiences and critics alike. Ever-evolving and increasingly difficult to pin down, Fishman filters a deep passion for New Orleans jazz, gritty pop, fervent gospel and open-hearted country music through a completely original aesthetic to create a sound entirely his own. Fishman is on tour to support his latest CD ‘Better Get Right,’ a collection of material inspired by New Orleans. Howard Fishman began his musical career on the streets of New Orleans and in the subways of New York before making his debut at The Algonquin Oak Room in 1999. He has since headlined in major venues both in the States and abroad, including Lincoln Center, The Steppenwolf Theatre, The Blue Note, NJPAC, The Pasadena Playhouse, Joe’s Pub, The Bottom Line, and Le Petit Journal in Paris. Fishman has also been a frequent NPR guest, making feature-length appearances on ‘Fresh Air’ with Terry Gross, ‘World Cafe’ ‘The Leonard Lopate Show’ and ‘Soundcheck’ with John Schaefer, among others. 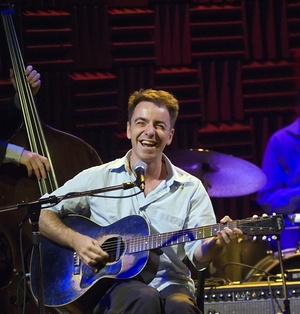