English rhythm and blues musician and soul singer, Hunter teams up with his band of six to present authentic, new music. Come groove with the James Hunter Six band on Friday, August 12th!

It’s been 10 years since the Englishman James Hunter burst onto the scene with his U.S. debut People Gonna Talk, topping the Billboard Blues chart, earning a Grammy-nomination, and attracting universal acclaim from critics and his fans. Now Hunter is back with his fourth album, Hold On! marking his debut on Daptone Records and Hunter’s second collaboration with famed producer Gabriel Roth aka Bosco Mann.

The Narrows Center is a fully accessible venue
with air-conditioning, free parking and BYOB! 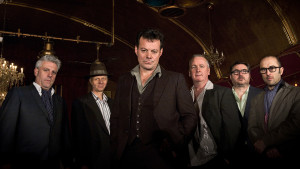