I’ve managed to make a career doing what I damn well please, musically,” she says.It should go without saying. Anyone who has ever heard Magness sing — live or on any the baker’s dozen of releases she has put out since coming on the scene 26 years ago — can immediately divine that this is a strong, resilient, commanding woman in masterful control of her voice and her destiny if not always her heart. In the space between the notes you can hear a performer who has survived a difficult life by anyone’s measure to become one of the top blues vocalists of her generation, only the second woman, after blues legend Koko Taylor, to win the Blues Music Awards’ coveted B.B. King Entertainer of the Year award.

That defiant attitude drives Blue Again, Magness’ new record being released on Blue Élan/Fathead Records on May 12. A succinct artistic statement, Blue Again collects Magness’ interpretations of a half dozen classics from the blues canon and beyond, including numbers made famous by Bo Diddley, Freddie King, Etta James, and Nina Simone.

“The whole record is about getting back to my taproot,” says Magness. “The process was just digging through a large pile of some of my favorite material, my favorite classic blues songs, to come up with these, my absolute favorites.”

A seven-time Blues Music Award winner, Magness has more than earned her right to sing the blues. Her life story comes straight out of a blues song. As she recounts in her soon-to-be-published memoir, she was born in Detroit, and among the fondest memories of her childhood were the sounds of her father’s blues and country record collection.

Childhood was short lived for Magness, however; as an adolescent she lost both parents to suicide. She spent the next several years bouncing around the foster care system, a traumatic experience that inspired her adult advocacy involvement with a variety of foster care programs. As a young woman, her life was seemingly spiraling out of control. She was saved one night in Minneapolis when, underage, she snuck into a show by bluesman Otis Rush. She started down the path of a music career, working as a recording engineer before being coaxed out in front of a microphone as a backup singer and finally forming her own group in Arizona.

Since then Magness’ life has not been without its downs, including the deaths of many close to her and the dissolution of a long term marriage. But she has persevered. Recently remarried to English bluesman T.J. Norton, she has continued her steady progression up the career ladder.

Blue Again comes hot on the heels of Magness’ 2016 album Love Wins Again, which became the biggest commercial and critical success of her career. The record, Magness’ Blue Élan debut, reached the top of the blues radio charts and remained in the Top 10 for seven months and also crossed over into the Americana chart. Love Wins Again also earned the singer her first Grammy nomination for Contemporary Blues Album of the Year. The record’s success was made all the sweeter because it marked the continuing flowering of Magness as a songwriter. 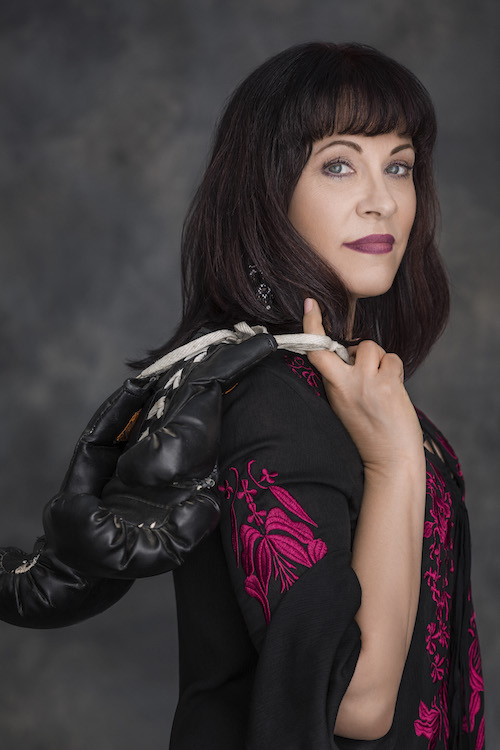