As a founder of alternative country pioneers Uncle Tupelo, as a solo artist, and as the leader of Son Volt, Jay Farrar’s work often seeks out the ghosts of America’s discordant or forgotten past, converses at length with them, and writes songs that stake a claim to a better future. Most recently, Farrar has added One Fast Move Or I’m Gone: Music From Kerouac’s Big Sur (F-Stop/Atlantic), a collaboration project with Benjamin Gibbard of Death Cab For Cutie, to his long list of critically acclaimed albums. For many years, Farrar’s songwriting has been inspired and influenced by Kerouac’s compositional style. He called upon this inspiration when writing the songs for One Fast Move Or I’m Gone by pulling passages directly from the Kerouac’s Big Sur and putting them to music with Gibbard. These songs were then used in the documentary about Kerouac of the same name. 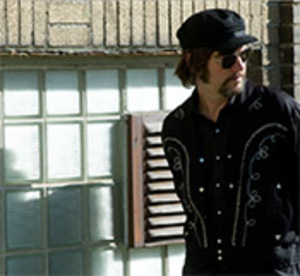