Jesse Burdick and the Grand Republic | Chasing Blue and Acousticana

In a world beset by worries and woes, the need for plain and honest music is more evident than ever before. Music that tells a story, gets you moving and moved, and above all is one large group of friends playing it wherever and whenever they can…which is why Jesse Burdick and his Grand Republic are forming up to facilitate that need! Jesse was born in 1982 in the greatest little city in the world: Providence, RI and developed a love of acoustic music at a very early age, which then transcended into a lifelong passion. At the age of 13 Jesse was exposed to bluegrass music, first learning fiddle, then guitar and then on to his ultimate form of expression, the five string banjo. This musical journey has led him to perform with such great stage artists as Pete Seeger, Country Joe MacDonald, Chakulla, The String Fingers Band, Big River Stomp, Lizzie James and the Greystone Rail, and of late Vudu Sister with whom he enjoyed a spectacular performance at the 2013 Newport Folk Festival as part of the Low Anthem’s Newport Homegrown. Chasing Blue Formed in the fall of ’08 at Berklee College of Music in Boston, Chasing Blue plays a mix of original and traditional bluegrass material with unique arrangements and hard-driving style. Original material holds true to the bluegrass tradition but strong lyrical ideas and progressive musical ideas make the Chasing Blue sound. Chasing Blue released their first full-length album, Low Valley, in November 2012 and it has been receiving many positive reviews. 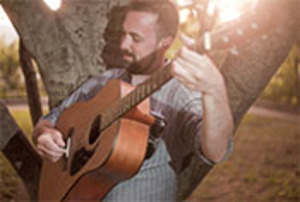