Seven studio albums in fifteen years is, in itself, a measure of Jesse Cook’s artistic success. And, for this latest recording he wanted to trace rumba flamenco back to its roots in Cuba. His instincts though got the better of him and he wound up spending time in Bogota, Colombia. The resulting body of work is sublime, a continuation of Cook’s insatiable appetite for world music in all its forms. Loyal fans will be thrilled with ‘The Rumba Foundation,’ as he has entitled the album, while those who have never before experienced Cook’s creativity will find themselves tapping their feet to these extraordinary Latin rhythms wondering why they have not experienced Cook before. Acoustic Guitar magazine awarded Jesse the Silver medal in its prestigious Player’s Choice Awards. Naturally he was delighted to be on the same flamenco podium as his hero, the legendary Paco de Lucia, who struck gold. 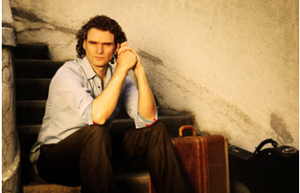