Few musical artists résumés list membership in a band inducted into the Rock & Roll Hall Of Fame; fewer still can lay claim to being a founding member of the seminal band credited with creating Country Rock; and only one  artist  can include all the above in addition to being one half of the most successful duo of the 1970s. When chronicling the current commercial and critical success of artists like Keith Urban, Brooks & Dunn, and the pairing of Alison Krauss & Robert Plant for 2009’s Album Of The Year Raising Sand, it is not overstating things to say a direct line can be drawn back to Jim Messina’s legacy with Buffalo Springfield, Poco and Loggins & Messina.

Do these songs strike a chord in your memory stick, “Your Mama Don’t Dance” “Thinking of You” “You Better Think Twice” “Listen to a Country Song” “Angry Eyes” “Watching the River Run” all charted or hit singles.

A supremely talented guitarist, Jim Messina began working with the legendary band Buffalo Springfield in 1966 as a recording engineer on their second album Buffalo Springfield Again. In 1967, at the request of the group and Atlantic Records founder and president Ahmet Ertegun, Messina was asked to produce the band’s third and final album. Shortly thereafter, he replaced Bruce Palmer,  the bass player, touring and recording with the band up until completion and release of their album Last Time Around. 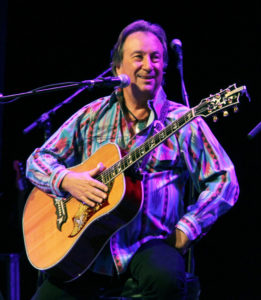