Comedy, Commentary and Conversation with comedian Jimmy Tingle The Cambridge, Mass.-born Tingle has a career spanning three decades, as a comedian, writer, actor, activist and entrepreneur. He rose up from the Boston comedy boom of the ’80s, the scene that spawned Denis Leary, Bobcat Goldthwait and Paula Poundstone. He did two seasons of ”60 Minutes II’ on CBS in the ‘Andy Rooney’ spot. Tingle was less curmudgeonly journalist and more exasperated, wry comic. ‘Some cities are using money from parking tickets to fund the schools,’ Tingle told ’60 Minutes II’ viewers. ‘Why is the quality of a child’s education being influenced by their parent’s inability to park? ‘Dad, the school needs a computer! ‘Don’t worry, son, I’ll leave the car in front of the hydrant.” Tingle also worked as a contributor and satirist for MSNBC and has appeared on The Tonight Show, CNN, ‘Larry King’s Weekend,’ ‘Late Night with Conan O’Brien,’ ‘The American Comedy Awards,’ as well as his own HBO half-hour comedy special. He has also been a guest on NPR’s ‘Fresh Air with Terry Gross’ and appeared regularly on ‘Heat’ with John Hockenberry. 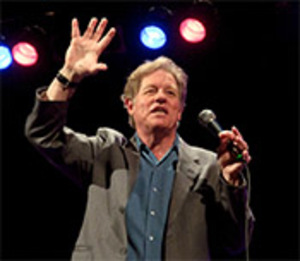