Singer/songwriter Joe Purdy released his 10th album ‘Last Clock on the Wall’ on March 17th, 2009 at 4:00 in the morning, because that is when he finished it. Purdy releases his albums on his independent label, Joe Purdy Records, and with the help of national TV placements and a grassroots fan base, has been able to sell a staggering 850,000 direct track downloads in the US on Itunes without ever signing to a label. Because Joe’s writing process is heavily influenced by the environment that surrounds him, Purdy’s albums act as a travel guide for his experiences. Last Clock On The Wall was recorded over 6 days at Old Mill Studios, located in a 17th century mill converted into a live arts theater in Strathaven, just outside of Glasgow. Take My Blanket and Go (2007) was recorded in NYC following a UK tour in 2006, You Can Tell Georgia (2006) was recorded outside of London immediately following a European tour with Tom McRae, while Paris in the Morning (2006) was recorded during a short visit to Paris a few months later. Canyon Joe (2007) was recorded at his home in California, after being stranded in New Mexico during a blizzard over New Years Eve. Purdy also has the glowing endorsement of Pete Townsend, who invited him to duet on his ‘In The Attic ‘ Pete Townsend and friends’ concert series. The DVD release of this concert series features Townsend and Purdy performing an acoustic version of ‘Let My Love Open The Door’ and a touching performance of Joe’s song ‘Daisy,’ as accompanied by his father Dave Purdy on mandolin. 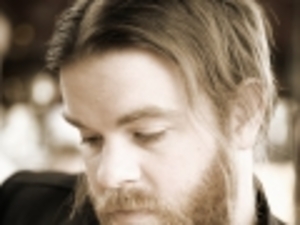