On the heels of his enthusiastically-received Narrows debut last summer, pianist John Davis returns to Southern New England sporting a brand new Newport Classic CD. Entitled Halleys Comet: Around the Piano with Mark Twain & John Davis, this new recording pays musical tribute to Americas most famous author, Mark Twain, whose career, like Davis’, lies at the intersection between white and black culture and high and low culture in American society. Released one hundred years to the day since Twains death on April 21st, 1910, Halley’s Comet also honors the 175th anniversary of Twains birth and the 125th anniversary of the publication of his most influential book, Adventures of Huckleberry Finn, all being celebrated in 2010. At the Narrows, Davis will perform pieces from the CD with connections to Twain, interspersed with readings of often hilarious, sometimes appalling, and always fascinating quotations from Twain and his contemporaries. And don’t be surprised if Davis plays Twain-related works from John Davis Plays Blind Tom and Marshfield Tornado: John Davis Plays Blind Boone, his two earlier, critically-acclaimed, hit Newport Classic recordings that have defined, excavated, and disseminated a previously-unacknowledged American roots music. 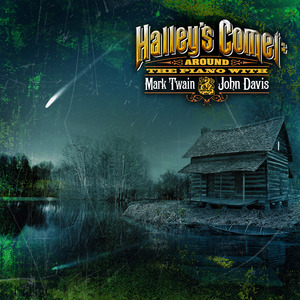