Music virtuoso John Jorgenson, known for his blistering guitar and mandolin licks and mastery of a broad musical palette, has earned a reputation as a world-class musician, as evidenced by his collaborations with Earl Scruggs, Bonnie Raitt, Elton John, Luciano Pavarotti, Bob Dylan and many others.  In 2008, Jorgenson won a Grammy for Best Country Instrumental with Brad Paisley and received a Grammy nomination for Best Bluegrass Album with Earl Scruggs. Jorgenson, who has played with Bela Fleck, Sam Bush, Jim and Jesse, David Grisman and others, has enjoyed a successful career with the Desert Rose Band and the Hellecasters; as a member of Elton John’s band for six years; and most recently, in his John Jorgenson Quintet and John Jorgenson Electric Band configurations.  One of the elite Gypsy Jazz players in the world, Jorgenson portrayed Django Reinhardt in the Hollywood feature film Head in the Clouds.

Herb Pedersen was a member of legendary bluegrass band The Dillards as well as bluegrass super-group Old and In the Way.  His own groups like the Laurel Canyon Ramblers and the Desert Rose Band further illustrate why Pedersen is so respected in the industry.  A highly sought after singer and musician, he has played/worked/sang with such music icons as Flatt and Scruggs, Chris Hillman, David Grisman, Jerry Garcia, Tony Rice, the Kentucky Colonels, Gram Parsons, Linda Ronstadt, Emmylou Harris, Dolly Parton, Jackson Browne, John Denver, Dan Fogelberg, James Taylor, Vince Gill, Stephen Stills, Smokey Grass Boys, John Prine and Kris Kristofferson.  Pedersen wrote the classics “Old Train” and “Wait A Minute.”

Jon Randall first gained recognition as guitarist for Emmylou Harris’ band, the Grammy-winning Nash Ramblers. He has also toured with Earl Scruggs and Sam Bush; recorded with Harris, Lyle Lovett, Linda Ronstadt and several others; and written several hit songs, including “Whiskey Lullaby,” the CMA Song of the Year in 2005 for Brad Paisley and Alison Krauss (co-written with Bill Anderson).

Mark Fain toured and recorded as bass player in the award-winning Ricky Skaggs and Kentucky Thunder for 13 years. He’s also toured and recorded with Alison Krauss, Dolly Parton, Alan Jackson, and Dwight Yoakam and has produced many artists in the bluegrass, jazz, country, and gospel genres. 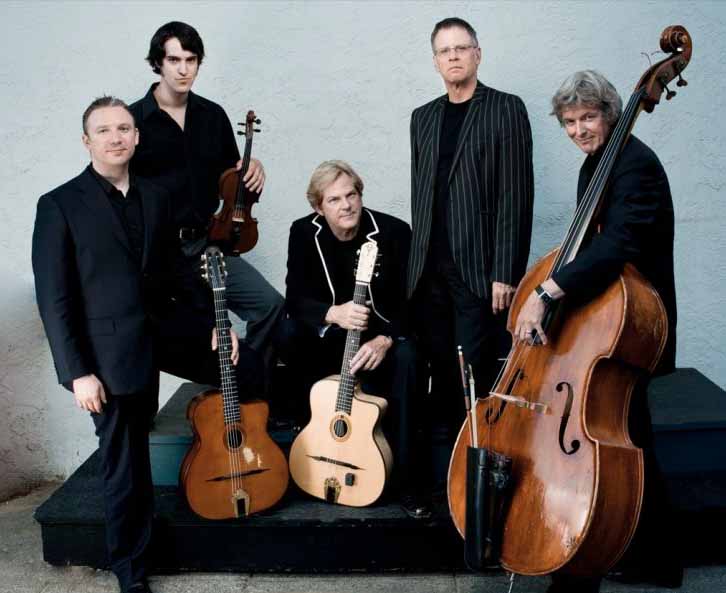