When it comes to Americana Roots Music and especially the Blues, the late great Stephen Bruton knew what he was talking about. Those who knew him knew that he always got to the point. His description of his long time friend and musical comrade in arms is succinct and quite a heady compliment, but then, Johnny Nicholas is an amazing talent.For four decades Johnny’s consummate musicianship and vocal skills have graced live music scenes across the country and abroad. He has toured, performed and recorded with many true blues and Americana Roots Music legends including:
Mississippi Fred McDowell, Robert Lockwood Jr., Johnny Shines, Big Walter Horton, Roosevelt Sykes, Nathan Abshire, Robert Pete Williams, Eddie Taylor, Billy Boy Arnold, Hound Dog Taylor, Johnny Young, Houston Stackhouse, and Boogie Woogie Red.

He recorded and toured with Johnny Shines and Snooky Pryor, producing and playing guitar on their W.C. Handy Award-winning album Back to the Country. He was a lead vocalist and multi-instrumentalist with Asleep at the Wheel when they won their first of many Grammy Awards.

He gave Blues Guitar Icon Ronnie Earl his first gig in the now legendary band Guitar Johnny and the Rhythm Rockers.
He has also shared the stage and performed with the likes of Howlin Wolf, BB King, Muddy Waters, Bonnie Rait, Eric Clapton, Pops and Mavis Staples, Delbert McClinton, Willie Nelson, Merle Haggard,and Jimmie Vaughan among many others.
He can wow a festival crowd of thousands or a small room of devotees. There are mysteries within this history, but remember that true history is written in the uncharted depths of a passionate spirit striving to fathom the mysteries, the pain and the joy of life and love. Here’s what you need to know about Johnny Nicholas—the rest and the best is all in his music. 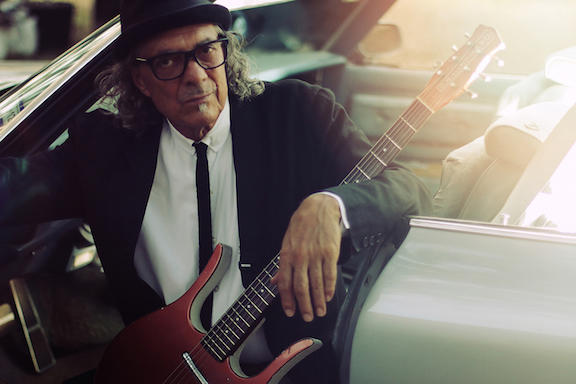