In the hallowed ranks of New Orleans \\\\\\’piano professors,\\\\\\’ Jon Cleary is on the tenure track. Born in England and bred in New Orleans, Jon Cleary is a triple threat combining soulful vocals, masterful piano skills, and a knack for composing infectious grooves with melodic hooks and sharp lyrics. He balances performing – solo on piano, with his new trio The Philthy Phew and noted funk band The Absolute Monster Gentlemen – alongside a longstanding career as a notorious hired gun with the likes of John Scofield and Eric Clapton. His performing and recording credits also include work with B.B. King, D\\\\\\\’Angelo, Taj Mahal, Keb Mo, India Arie, Ryan Adams, and former band leader Bonnie Raitt who has covered Cleary originals (‘Fool\\\\\\\’s Game,\\\\\\’ \\\\\\’Monkey Business,\\\\\\’ \\\\\\’Unnecessarily Mercenary,\\\\\\’ and \\\\\\’Love on One Condition\\\\\\’). New CD OCCAPELLA (April 17, 2012) features imaginative remakes from the legendary Allen Toussaint\\\\\\\’s songbook along with guest appearances by Bonnie Raitt, Dr. John, and others. 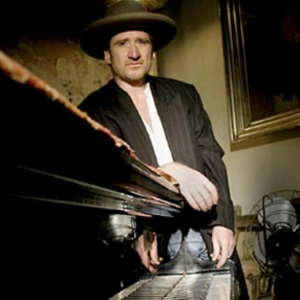