Eric Gales has recorded numerous records for multiple record labels as well as appearing as a guest on many others. As both an African-American left-handed guitarist of extraordinary ability and an expressive vocalist, it is natural for people to compare Eric to Hendrix but Eric has developed a unique hybrid of blues/rock that draws from influences as diverse as Albert King, Eric Johnson, Carlos Santana. With a unique blend of rock, funk, and blues, Eric Gales stands head and shoulders above other guitarists in his genre and is out to blow your mind and expand your musical horizons!

The road can be tough on musicians, and has certainly treated Eric no differently than others. Over the years he has had his ups and downs and battled some of his own demons. As 2016 comes to an end and 2017 comes into play, Eric is clean and sober and his clarity and focus to be the very best he can be is at an all time high! He is fully focused on his music, his wife and his sobriety. There has never been a better time to see Eric Gales LIVE!!!

Davina and the Vagabonds have created a stir on the national music scene with their high-energy live shows, level A musicianship, sharp-dressed professionalism, and Sowers’ commanding stage presence. With influences ranging from Fats Domino and the Preservation Hall Jazz Band to Aretha Franklin and Tom Waits, the band is converting audiences one show at a time, from Vancouver to Miami and across Europe. In 2011 Davina released her first full length, all original album Black Cloud . It was named one of the 10 best releases of the year by the Minneapolis Star & Tribune and awarded 4 ½ stars from Downbeat Magazine. Their next release in 2014, Sunshine, hit number 13 in the Billboard Blues Chart and led them to landing a performance on the hit BBC2 show, Later with Jools Holland.

Nick Schnebelen has quickly built a reputation as killer lead guitar player and impassioned vocalist. As founding member of the award winning popular family band Trampled Under Foot ( TUF), Nick has traveled the world playing festivals such as Notodden, Montreal, and as fan favorites on the annual Legendary Blues Cruise. Today Nick performs with his own band, as does his sister Danielle, and brother Kris. The siblings still perform a few re-union shows as Trampled Under Foot. Now, Nick Schnebelen continues to tour world-wide, bringing his raw blues energy guitar and vocals, backed by a hot rock n blues band. .

Jimmy Bez Blues Band is Boston’s young up-and-coming blues rock guitar sensation. A true guitar prodigy, by the age of 12 he was already a prominent player on the original rock scene in Boston garnering awards as well as radio play of his original songs. A prolific songwriter and blues fan, he formed the Jimmy Bez Blues Band in 2015 debuting at the Boston Blues Society’s Blues Challenge, winning the under 21 youth category. In January 2016, he represented Boston in the International Blues Challenge in Memphis to rave reviews. His style is often compared to a young Bonamassa with strains of early Clapton and late Mike Bloomfield. 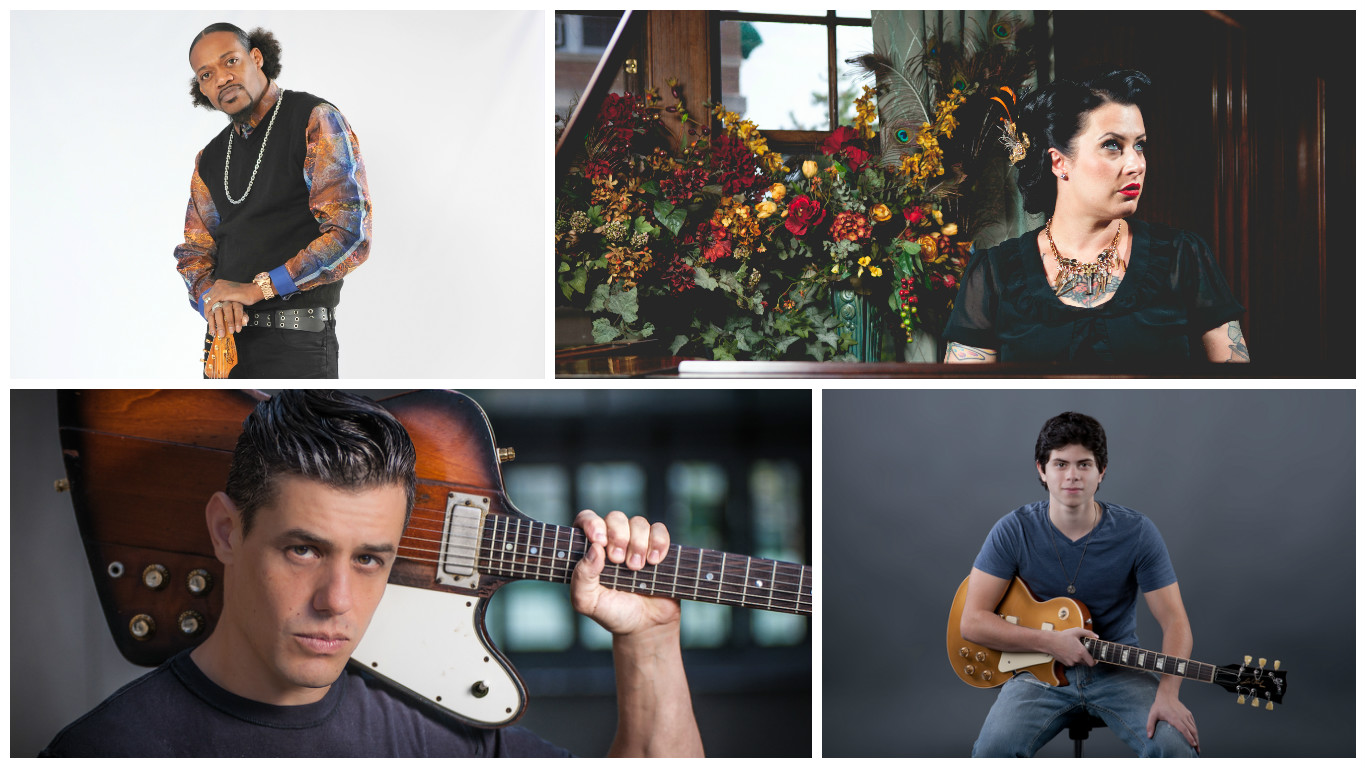