Johnny Hoy and the Bluefish are one the region’s premier rhythm and blues bands. They take a soulful approach to the blues with an expansive catalog the runs the gamut from Sinatra to Tom Waits to straight up blues. Finding common ground with a broad range of different American lifestyles and music styles, black soul or white trash, Hoy’s output refuses to be limited to a strict genre category.

Alexis P. Suter Band When the great Bluesman B.B. King first heard Alexis P. Suter sing, he was visibly impressed and said so after her opening set for him at BB Kings NYC. Shaking his head in wonder in his characteristic way, he remarked: “It’s a rare thing to share the stage with great talent like that young lady.”

The Alexis P. Suter Band have earned similar accolades from other well-known musicians and performers, including Dan Aykroyd and the great Levon Helm of The Band. A true vocal phenomenon, bass/baritone powerhouse Suter and her band began wowing audiences in the northeast as regular performers at Levon Helm’s Midnight Ramble Sessions in Woodstock, NY. “She is one of those wonderful spirits, she’s got her arms around you; you can feel that,” Helm has said.

The Alexis P. Suter Band opened the show at The Midnight Ramble in Woodstock, NY over 90 times. As special guest openers for The Levon Helm Band, they played to sold-out audiences at the Beacon Theater, Bethel Woods Center For The Arts, The Paramount Theatre in Asbury Park, NJ and Central Park’s Summerstage.

Mark T Small is a Narrows favorite, his show includes many great traditional Delta Blues numbers with a Chicago Blues slant that transforms each tune into a “tour de force”. Included are: the blazing flat-picking techniques that grabbed audiences in Mark’s Bluegrass days, the hot slide guitar playing that creates a mood and timbre change in each set and the showmanship that was developed from 25 years of experience as a band “Front Man”

Dan Lawson’s reputation as one of America’s Premier guitar players speaks for itself. He and his style have evolved into a charismatic rock sound like no other! He is a singer-songwriter of stylistic depth and emotional resonance. An award winning songwriter, producer. Dan’s latest album “Soldiers of Fortune” received Album of the Year (Group) at the 2015 Limelight Music Awards. Dan Lawson does not just play the guitar, his guitar tells a story of passion and soul!

Black Cadillac Trio is raw, stripped down music for the modern fan rooted in classic blues, rock and soul with a taste of country twang. 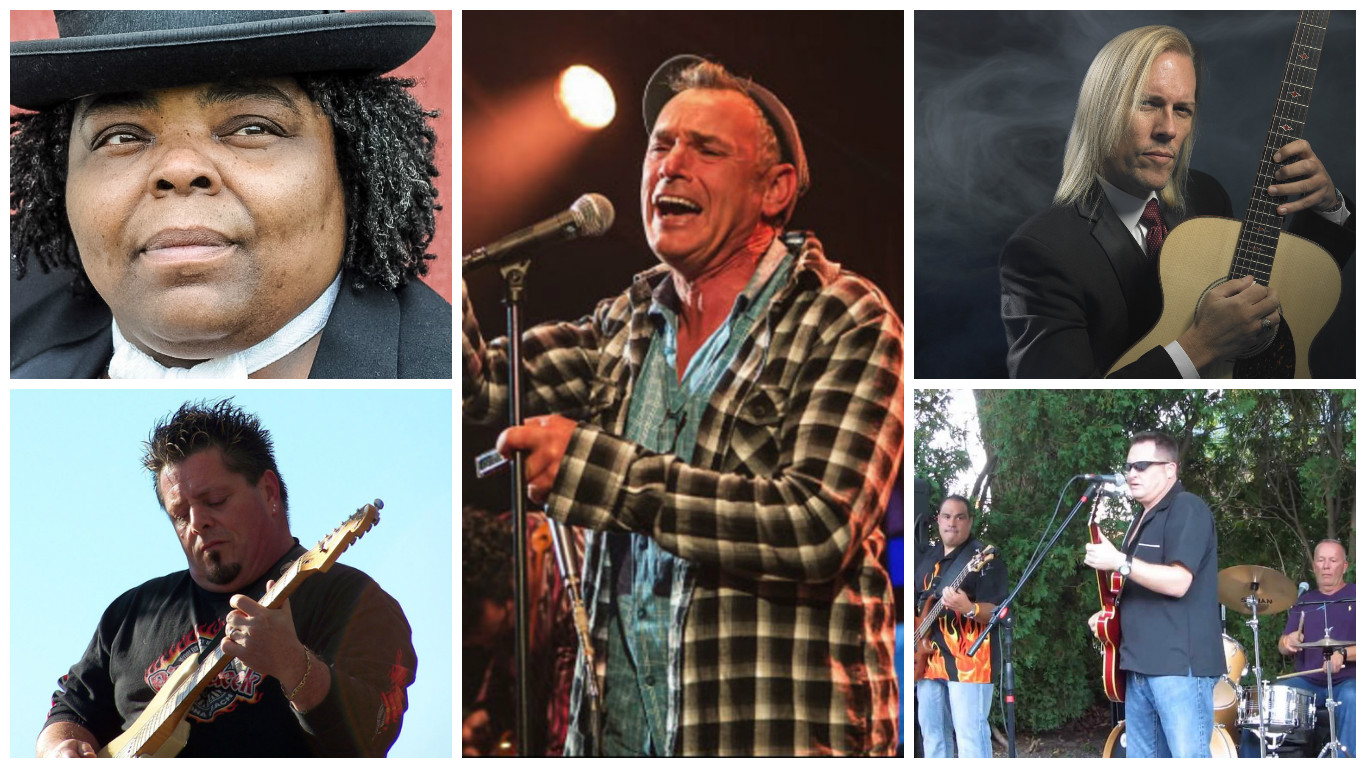