Magic Dick, the legendary harmonica player for Boston’s legendary J. Geils Band has recently partnered up with guitar and vocal sensation, Shun Ng, to create one of the most dynamic musical acts to come out of Boston in a long time. The music is soulful blues, rockin’ yet thoughtful and performed by arguably two of the top musicians at their respective instruments. Since 1969, Magic Dick has toured the world playing and blowing away clubs and stadiums with the J. Geils Band.

He explains the formation of the duo: “From the moment I first heard Shun’s CD “Funky Thumb Stuff” I knew that a manifest musical collaboration was about to happen. Shun’s sound simply made me feel very alive and induced in me a synchronous alignment of musical DNA as if it was his intention as well as mine all along! I helped it along by asking his manager, Ralph Jaccodine to introduce us at his office. A long and enlightening conversation happened on that day of our first meeting and now we are a duo and I couldn’t be more delighted.”

Shun was born in Chicago, raised in Singapore now based out of Boston. At his young age, he is already an award-winning international star, a soulful, world-class guitarist, vocalist, and electric performer who in a short period of time, has caught the attention of the top players in the music world including Quincy Jones who said: “When you see Shun, you won’t believe your eyes nor your ears – he belies all stereotypes, all premonitions. I was simply blown away by both his soul and his science – his creativity and his uniqueness is astounding.”

“In this collaboration with Magic Dick,” Shun says, “we wanted to make music in a way that no one had quite done before while remaining grounded in our roots. Magic Dick brings a powerhouse attack with ferocious precision and a killer groove to this duo. I have great respect for him, he has seemingly done it all, but is still constantly trying to push the boundaries of music and chase the best in himself, a true artist. To be working with a true Boston legend is a real privilege.”

The Slide Brothers are the greatest living musicians who embody the Sacred Steel tradition – Calvin Cooke, Aubrey Ghent, Chuck Campbell and Darick Campbell. Despite its role in church services, this dynamic, high energy music had never been heard outside of church. As a new century dawned, rumors of an extraordinary new form of slide guitar began to attract interest among blues fans who long favored the electrified sound of slide guitar masters such as Elmore James and Duane Allman. Where the music of Muddy Waters or the Allman Brothers showcased traditional six string slide guitar, critics and fans alike were jolted by the an even more potent brand of slide guitar being performed on pedal steel instruments. At the center core of the Sacred Steel movement was its artistic purity. Ted Beard, Calvin Cooke, Aubrey Ghent and other pedal steel icons within the church had fostered a rich, uniquely American art form unspoiled by commercialism. 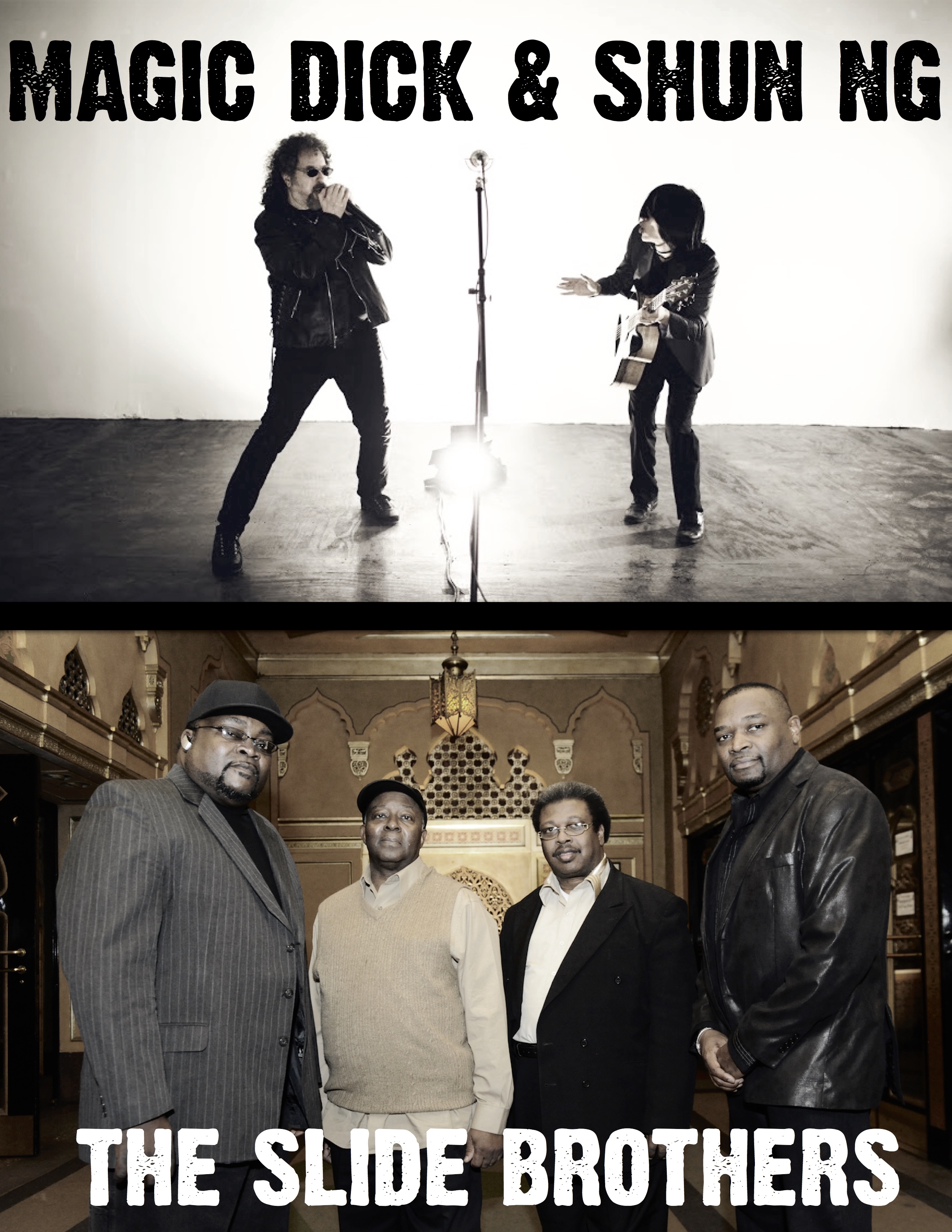