The Olate Dogs are the winning participants from Season 7 of America’s Got Talent, scooping up the $1,000,000 prize and headlining The Palazzo in Las Vegas.

Embodying the American Dream, Richard grew up in South America in a poor family. He got his start as a young boy of 10 when he rescued his first street dogs and found he had a gift. He combined this gift of training dogs and compassion with incredible hard work. This enabled him to support his entire family by age 12 with his dog troupe. He came to the attention of a circus group and found himself performing in the United States at age 33. That is when the rise of the Olate Dogs began in earnest.

Winning America’s Got Talent in 2012 was the beginning of their dreams comes true. Opening doors previously only imagined they are now America’s most recognized dog entertainers. They command Standing Ovations performing at high profile sporting events nationwide, including NBA, College Division 1, WNBA, MLB, MiLB and more. Richard¹s dream of having his own dog variety show has come true as they have a praised new Variety Show touring the U.S. They have even taken on a new type of performance, starring in a series of acclaimed short online films promoting shelter adoptions. They are also seen on National Television for programs such as
FOX¹s Cause for Paws, the TODAY Show and the Tonight Show.

Nicholas Olate started working with his father at age 6 and for the
family, while having a home base in Texas, home is truly on the road. The dogs, many of them rescues, are all pampered members of the family and travel in their own air conditioned, tricked out trailer. 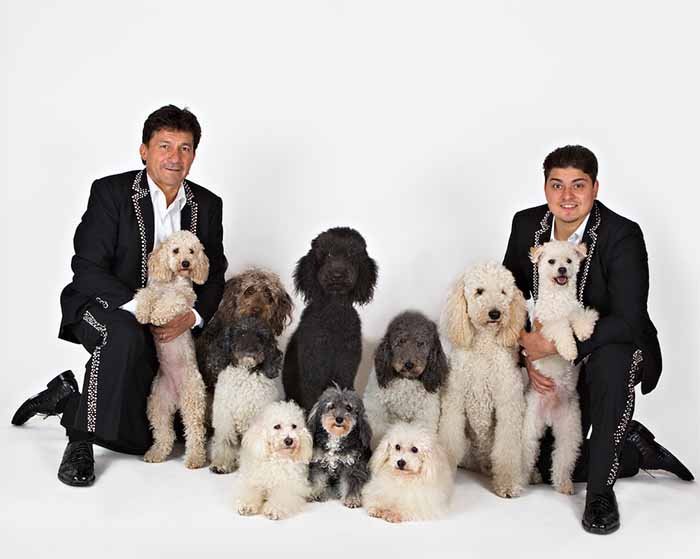