Some of the most inspired and intelligent kids lyrics ever.’ ‘ Amazon.com Like a scene from ‘Groundhog Day,’ the event repeats itself over and over. Bass and drums pound out the beat in perfect unison. Bodies spring to their feet and rush the stage; jumping, dancing and bouncing off each other like bumper cars. The concertgoers behave like children. Which is no surprise because they are children, participating in the kiddie mosh pit found at nearly every Justin Roberts concert. Justin Roberts is truly one of the ‘all-stars’ of the indie family music scene. He logs thousands of miles on the road each year, leading some to call him the hardest working man in children’s show business. With national awards and recognition and a devoted fan base, Justin and his wonderfully named bandmates ‘The Not Ready for Naptime Players’ dish out unexpectedly intelligent and whimsically rocking music for kids and their parents. 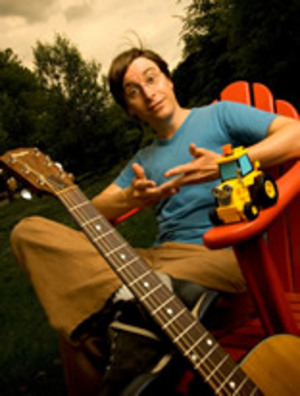