Son of alt-country artist Steve Earle and named after Townes Van Zandt, Justin Townes Earle has established a reputation as a singular leading light in the Americana music community. Earle has taken the road touring with his longtime guitarist, Paul Niehaus, and his backing band, The Sadies, as well as opener, Sammy Brue. 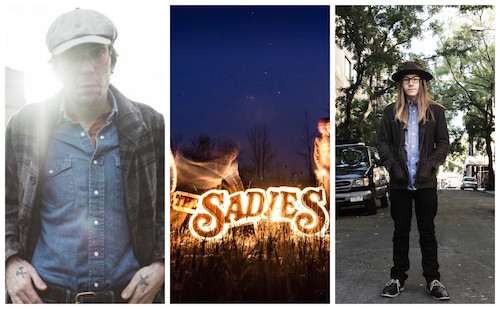 The Sadies carry on alt-country traditions with a punk rock attitude.

Sammy Brue is a young folk performer with an old soul.