A stunningly sweet singer with a uniquely expressive voice, Kat Edmonson’s music has a timeless sound. In a few short years, she has gone from singing in small rooms in her native Texas to concert halls and festivals around the world, playing dates with the likes of Gary Clark Jr., Lyle Lovett, Michael Kiwanuka and Chris Isaak. She’s made memorable turns on ‘Austin City Limits’, ‘A Prairie Home Companion’ and had her songs featured on several television shows and commercials. Such exciting growth is not surprising or unexpected for Edmonson. Her 2009 debut, Take to the Sky, comprised creative interpretations of standards and pop hits while her brilliant 2012 follow-up, Way Down Low, was called ‘one of the greatest vocal albums I’ve ever heard’ by The Boston Globe. The album, which featured both originals and covers in styles from pop and country to jazz and bossa nova, earned her universal critical acclaim, and the attention of Sony Music Masterworks, who will release her third album, The Big Picture. The Big Picture builds upon her previous works, but offers even more of her writing (she wrote or co-wrote 11 of 12 songs on the album), and more still of Kat’s unique sound. With no formal vocal training, she instead learned her craft as a child by watching Fred Astaire and Gene Kelly musicals on the VCR, drawing inspiration for this album from old films and her favorite songwriters. The result is a delicious batch of pop perfection, with a dozen songs that are tight, polished and more upbeat than anything she’s done before. Edmonson draws from a wellspring of ’50s and ’60s pop, ’70s AM radio, present-day pop-rock and movie soundtracks. The Big Picture is smart, sophisticated and fun and simultaneously classic and modern. 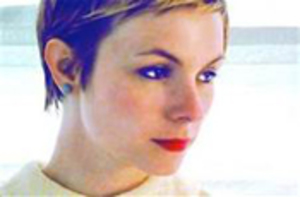