Jazz chanteuse Kat Edmonson may have had no formal training, but the young vocalist possesses one of the most authentic voices to ever croon selections from the Great American Songbook. One listen to the Austin native’s ethereal purr is enough to hook even the most casual music fan. The Boston Globe calls Edmonson ‘…the most promising American jazz singer to come along since Cassandra Wilson.’ With only one album to her credit, 2009’s sparkling Take to the Sky, Edmonson is set to take the music world by storm — the comely singer has thrilled audiences around her home state of Texas with a sound that is straight out of the 1930s. Her song ‘Lucky’ has been featured on the MTV series United States of Tara. It was Edmonson’s mother’s record collection and old movies that initially stirred her artistic soul, but having a career in music wasn’t a given, initially. After a stint at college in Charleston, SC, Edmonson returned to Austin and decided to follow the musical call. An audition for America Idol in 2002 landed Edmonson a trip to Hollywood and a spot in the top 48. Her Idol dreams ended abruptly when judge Randy Jackson told the singer she didn’t ‘look like a star.’ After her exit from Idol, Edmonson began honing her chops at open-mike nights and eventually made the transition to full-time performer. Take to the Sky — a mix of classic and modern songs — proved Edmonson was more than ready for her jazz ascension. ~ Todd Sterling, Rovi 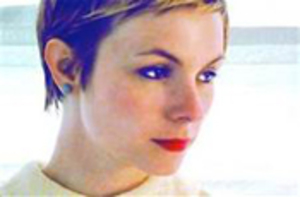