Music is a mirror. It captures the thoughts, feelings, and experiences of its creator; it frames and exposes these emotional currents to us, the listeners. And in listening, we realize we’re not alone: There is someone who sees and feels as we do, and who has captured those ephemeral visions in song. The Reflection is the first new studio album by Keb Mo since Suitcase in 2006. These twelve songs are the product of an important period of personal and professional growth for the artist formerly known as Kevin Moore. In that time, he started a new family; moved from Los Angeles to Nashville; built a state’of’the’art home studio, and founded his own label, Yolabelle International, distributed by Ryko and the Warner Music Group. Keb Mo is a three’time Grammy Award winner for Best Contemporary Blues Album; and a key figure in the acclaimed 2003 PBS series Martin Scorsese Presents The Blues. But The Reflection is not, in essence, a blues album. In sound and spirit, it’s closer to the work of African’American ‘folk soul’ singer/songwriters like Bill Withers, Bobby Womack, and Terry Callier. Indeed, tracks like ‘My Shadow’ and ‘Crush On You’ would have fit neatly into Urban radio’s ‘Quiet Storm’ format at almost any time in the past 25 years. The Reflection brings together all of this singular artist’s diverse influences ‘ pre’disco R&B, American folk and gospel, rock, blues, and more ‘ in a sound that is truly and uniquely his own. 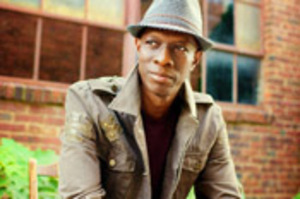