It’s as thin as the edge of a razor, the road separating Heaven from Hell, sin from salvation, redemption from despair. It’s a lonely road to go down and like the old gospel says, you’ve got to walk it for yourself. Kelly Joe Phelps has been doing lot of soul searching since his last record, ‘Western Bell’ came out in 2009. Three years later, his journey has wound its way to a recording studio in Vancouver, and Kelly Joe has once again beaten a path to Steve Dawson’s door with a new batch of songs tucked into his satchel that reflect both the new insights gained along the journey as well as things that have been dropped by the wayside. Together Phelps and the veteran producer embarked on a three-day recording odyssey that marked their fourth collaboration since Dawson played slide on ‘Slingshot Professionals’, produced ‘Tunesmith Retrofit’ and released ‘Western Bell’ after it proved too daring for Rounder Records. The result is ‘Brother Sinner and the Whale’, a record that may very well come to be recognized as the best of an already very impressive body of work. 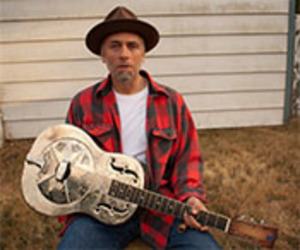