Come witness the legendary Last Waltz concert film in HD with full concert sound. With our great video and state of the art sound system, experience the film like never before. Forty years ago, the Band gave their final concert in their original lineup, a massive swan song that these Canadian troubadours turned into an all-star spectacle. Calling the event “The Last Waltz,” the group’s de facto leader Robertson – who’d grown tired of being a rock & roll road warrior – and San Francisco promoter Bill Graham staged a no-expense-spared adieu that started with a Thanksgiving feast and ended with everyone from Neil Diamond to Neil Young accompanying the quintet. As far as farewells go, this one was major, and it might have been relegated to the you-had-to-like-have-been-there-man history books had a bearded, jittery Martin Scorsese not decided to ditch some responsibilities and call in some favors. The idea was to simply record the evening for posterity, though the then-35-year-old filmmaker had a few ideas of his own to add in to the mix. What he ended up with was the definitive document of these American-music scholars, an epitaph to a specific era of rock history, and the single greatest concert movie of all time. 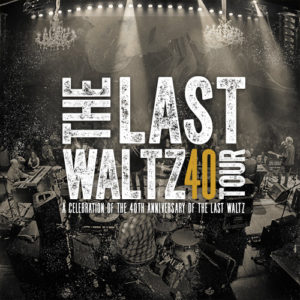