Adrian Belew will bring his amazing Power Trio to the Narrows where the audience will get a rare chance to see him in an intimate setting. Few people in the music world are as diverse — and busy — as Belew. The vocalist/multi-instrumentalist is a solo artist, a longtime member of King Crimson and The Bears, and a prolific producer and special guest on others’ recordings such as The Talking Heads, David Bowie, Frank Zappa, Paul Simon, and most recently Nine Inch Nails. He is equally comfortable with progressive rock/avant-garde rock, pop, jazz, new wave, electronica, industrial and much more. Although Belew’s guitar work is legendary, songwriting may very well be his greatest talent, and never has it been brought to a live setting better than now with Julie & Eric Slick on bass and drums respectively. The trio, who have been touring internationally together since July of 2006, recorded their live show for the album Side Four, which was released on November 20, 2007. This show, which is being sponsored by Limelight Magazine, features songs from Belew’s many solo albums, spirited improvisation, King Crimson favorites, and special solo moments by Belew. For tickets, visit www.brownpapertickets.com or call 508-493-9777. 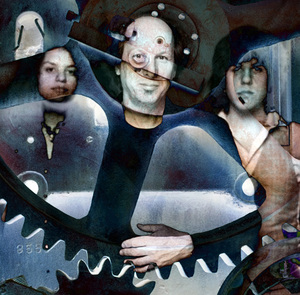