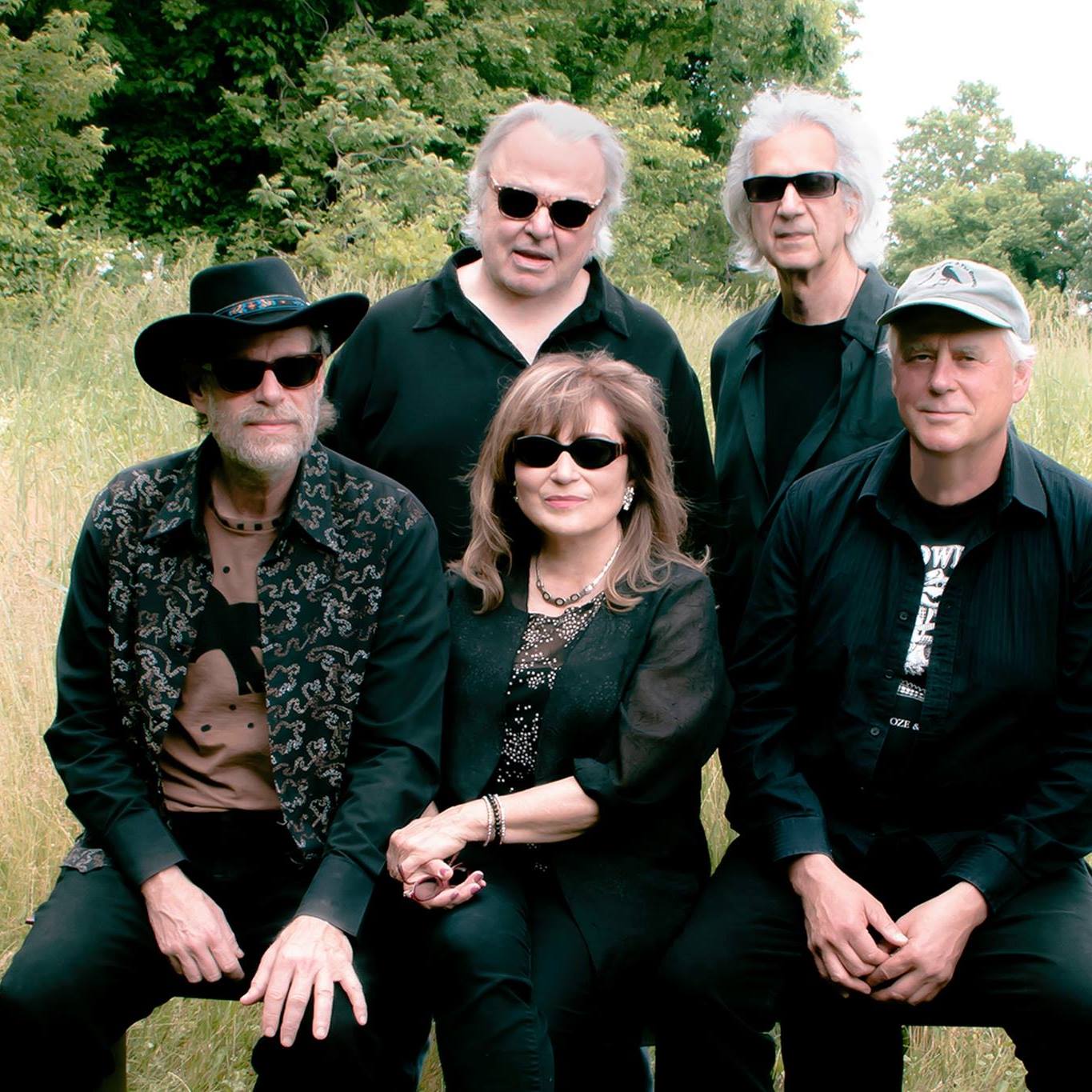 Professor Louie has emerged over his five decades in the music industry as the torch bearer of the true spirit of American Roots music.

Seasoned live performer, prolific recording artist and versatile multi-instrumentalist (Hammond B3 organ, piano/keyboards, accordion, vocals), Professor Louie also wears the hat of award-winning recording producer and engineer, capturing the talents of some of the worlds most highly acclaimed musicians, most notably, The Band.

Professor Louie & The Crowmatix began as the studio backing band for Aaron “Professor Louie’s” musical productions for the Rock and Roll Hall of Fame Inductees, The Band. Rick Danko christened him Professor Louie due to his work and friendship with The Band

This Grammy-Nominated Woodstock, NY group play 150 shows a year in the US and worldwide. They have performed at the Thunder Bay, London & Windsor Festivals in Canada, The Tondor Festival, Falcon Ridge Festival, The Sellersville Theater, PA – BB Kings in NYC, – The House Of Blues in LA – The Sportsmen’s Tavern, Buffalo, NY, – The Bearsville Theater, Woodstock, NY and many more venues….Professor Louie has performed three times on The Legendary Rhythm & Blues Cruise.

Professor Louie & The Crowmatix repertoire is steeped in Rock ‘n’ Roll, Blues, Gospel and American Roots music. They have 15 studio CD’s on The Woodstock Records label.

On April 5, 2019 Woodstock Records released Professor Louie & The Crowmatix CD Songs Of Inspiration – Music In The Soul Can Be Heard In The Universe. Goldmine-The Music Collectors magazine Reviewer Dave Thompson says It is an easy album to love, there is such fire and enthusiasm in the bands playing a branch of Americana that is all their own work and with Songs of Inspiration, their very roots feel suddenly unique.

Their second album of 2019 Miles Of Blues is a collection of nine new tracks and a bonus live cut and the CD is appropriately subtitled From L-50 to Steampunk and Miles of Blues in between, giving us a clue to the variety in store for our listening pleasure. Miles Of Blues CD takes us on a joy ride across a marvelous musical landscape.

Miles Of Blues CD
A fabulous journey down the lost highway of authentic roots, Americana and blues music from an artist and a band that screams the listeners attention for every song. Professor Louie & The Crowmatix have created an outstanding album of immense interest and appeal to all listeners of roots and blues music David Roman, Mystery Train 99.7 Australia

In 2018, Professor Louie & The Crowmatix released a six song EP on Funzalo/Woodstock Records The Lost Band Tracks written & originally recorded in 1991 by Jules Shear and The Band members Levon, Rick, Garth, Stan Szelest, Jim Weider & Randy Ciarlante intended for a CD on Columbia Records but never released. Long time Producer, Engineer and performer Aaron Prof. Louie Hurwitz was the man behind those original sessions. So it only made sense to bring them to life re-recording the songs with his group The Crowmatix – This CD has been receiving great reviews. Pure proof The Band wouldn’t have had a 90’s career bounce if Louie didn’t have his hand on the wheel. Now we finally know who the real wheel that was on fire was Chris Spector, Editor and Publisher Midwest Record

Their 2017 recording Crowin’ The Blues was on The National Contemporary Blues Music Reports Charts in the top 20 for the first quarter. Their CD Music From Hurley Mountain voted best concept record & group by Radio Crystal Blue in 2016. PL&C have been inducted into Blues Hall Of Fame, New York Chapter and hold a permanent place in the Canada South Blues Museum.

Professor Louie (Keys-Accordion,Vocals) collaborated with Rock ‘n’ Roll Hall Of Fame group The Band for over 16 years and produced their 3 comeback CD’s in the 90’s – “Jericho”, “High On The Hog” and “Jubilation”. Louie played on and produced their hit song Atlantic City. Louie has produced and performed with Graham Parker, Commander Cody, Guy Davis, Buckwheat Zydeco, New Riders Of The Purple Sage, Jesse McReynolds, Four Men & A Dog and many more well known artists.

John Platania (Guitar-Vocals) Session musician, guitarist and record producer known for his great performances with Van Morrison for over thirty years beginning on “Moondance” and most recently on 2016’s “Keep Me Singing”. John collaborated with Van creating some top hits such as the hit song Domino. Performed with many artists and played on numerous CD’s with Chip Taylor, Randy Neuman, Bonnie Raiit, Natalie Merchant, Don Mc Lean, Judy Collins and more…

Gary Burke (Drums) Drummer and percussionist with The Radio City Music Hall Orchestra, he recorded and played with many artists and performed with Bob Dylan’s The Rolling Thunder Review. Gary also recorded and toured extensively with Joe Jackson.

Miss Marie (Vocals-Percussionist-Keys) has written many songs for the Crowmatix. Marie performed and recorded with Levon Helm, Rick Danko, Garth Hudson and The Commander Cody Band and was an integral part of Mercury Rev’s Gold Album Deserters Song.

“I’ve never been so impressed by a band – this is the best live band in the country right now and they have such a deep heritage in blues and rock and roll.” – Jeff Wignall – WPKN Music Director

“All the best parts of great music are on display with Professor Louie & The Crowmatix. It’s clear these folks are driven to match the all time greats.” – Cash Box Magazine