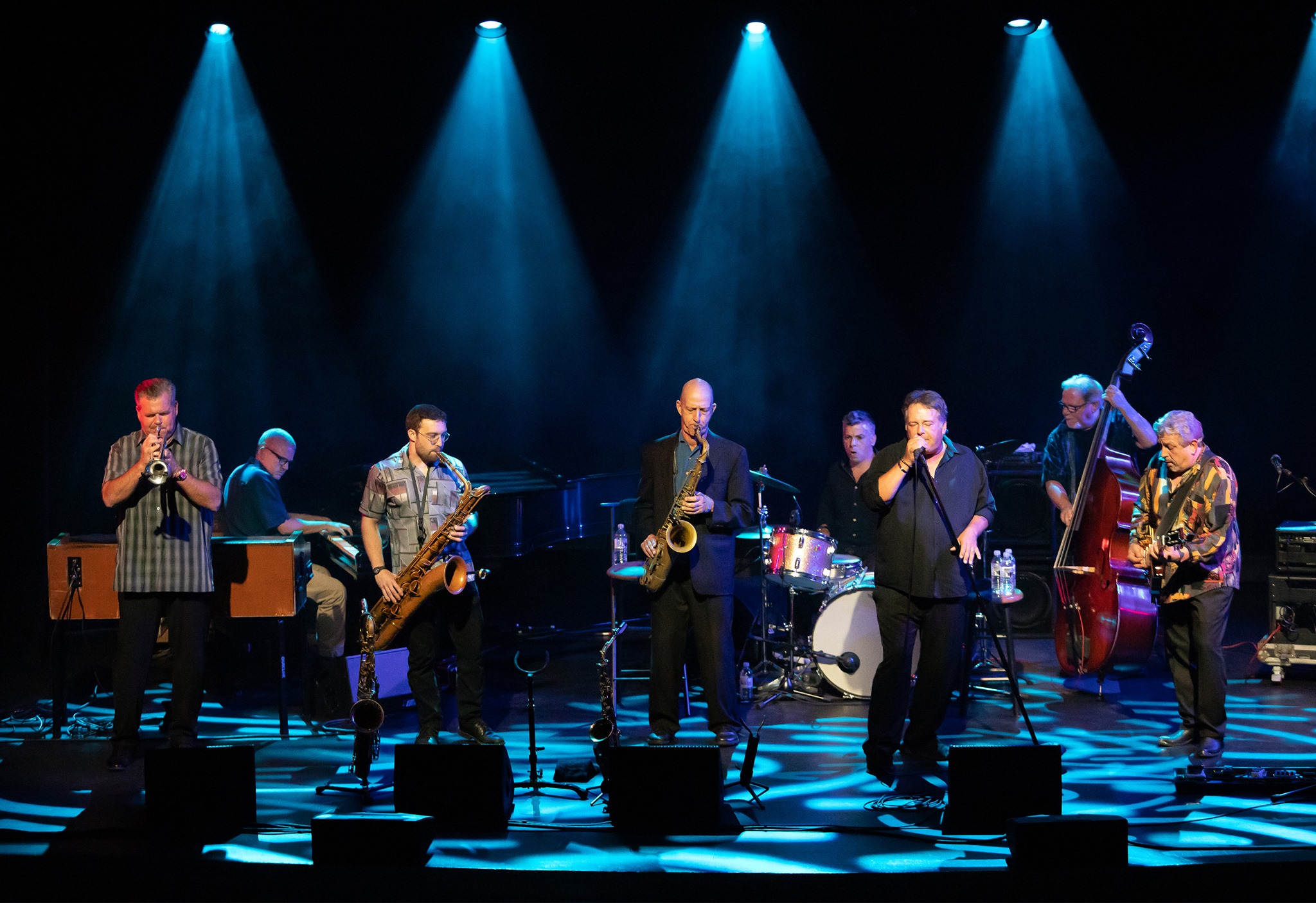 Even though Roomful of Blues’ lineup has changed over the years, the band has always been one of the tightest, most joyful blues ensembles in the world. Currently an eight-piece unit led by guitarist Chris Vachon, the band has never sounded fresher or stronger. Singer Phil Pemberton brings his sweet and soulful vocals and adds another bright new dimension to the jazzy, jump-blues musical roots. Their winning combination of jump, swing, blues, R&B and soul remains their calling card, as does their ability to fill the dance floor. Along with bassist John Turner, trumpeter Carl Gerhard, drummer Chris Anzalone, keyboardist Rusty Scott, baritone and tenor saxophonist Alek Razdan, and tenor and alto saxophonist Rich Lataille, Roomful keeps on rockin’ into 2020!

With a non-stop performance schedule for over 50 years, Roomful of Blues has earned critical, popular and radio success and a legion of fans across the globe.

According to DownBeat magazine, Roomful of Blues “are in a class by themselves.” With their masterful combination of jumping, horn-heavy, hard-edged blues and R&B, it’s no wonder why the great Count Basie called them “the hottest blues band I ever heard.” Since 1967, the group’s deeply rooted blend of swing, rock ‘n’ roll, jump, blues and soul has earned it 5 Grammy Award nominations and a slew of other accolades, including 7 Blues Music Awards and the prestigious DownBeat International Critics Poll for “Best Blues Band”.