For painters, the joy and challenge of creation begins with a blank canvas. For Liz Longley, it started in an empty room. ‘I was living in Boston and my roommate had just moved out, so I paced the hardwood floors of her room with my guitar,’ Longley recalls. ‘I walked back and forth until the songs were done. It was as though they were stuck in the apartment walls.’ Longley has a gift for culling musical treasures as though straight from thin air. And now, the Berklee College of Music graduate and award-winning songwriter is set to share them with listeners on her self-titled album’her first after signing with Sugar Hill Records in December 2014. The collection of 11 songs was recorded in Nashville with an all-pro band’and in a pulse-quickening fashion so rare in today’s world of overproduced, airbrushed records. ‘I love being in the studio and feeding off the energy of other musicians. It’s not something I get to do often on the road because I’ve mostly toured solo.’ While Longley’s songs and vocals invite complimentary comparisons to Shawn Colvin, Paula Cole and Nanci Griffith’all artists she’s supported live’her latest effort spotlights a style and confidence that’s all her own. You can hear it in the subtle-yet-soaring vocals on ‘Memphis,’ the dagger directness of ‘Skin and Bones,’ the bittersweet farewell that drives ‘This Is Not the End’ (featured in the 2012 season finale of Lifetime’s Army Wives). They’re all cuts that dare you to hold back the goosebumps. In fact, Longley’s singing never fails to thrill and enthrall. Her voice and tone, touched with the slightest of country inflections, pours out like clean, crystalline water. Still, she can roar like a waterfall or flow effortlessly along the bed her backing band lays down, as on ‘Peace of Mind.’ The track showcases Longley yearning after silence and stillness to beat back demons of self-doubt. The new songs grew amidst a period of transition and travel in her life; moving between Boston and New York before finally settling in Nashville, and spending much of her life on the road in a succession of minivans. To that end, the songs have been road tested at Longley’s live shows, their power to connect with fans beyond question. These numbers pack the punch of pages torn from Longley’s journal. And fans have rewarded her transparency with tangible loyalty. For while many acts have no clue how an album will be received, Longley started her project knowing just how much her fans wanted her to succeed. It’s like this: Her Kickstarter campaign, which set $35,000 as an album-funding goal, exceeded that amount by nearly 60 percent, raising $55,000. ‘We reachedvthe mark so quickly and I’m just really, really lucky to be connected to my fans,’ she says. ‘ I feel like they’ve adopted me’like I have this big supportive family.’ 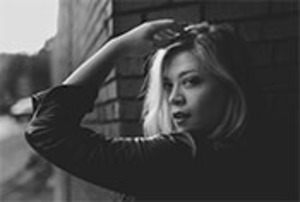