At 65, Loudon Wainwright III is older than his father ever was, and it’s got him thinking, and writing, and singing. As he puts it, the new album deals with ‘death ‘n’ decay’ and he’s approached the subject from all angles, with his customary insight, honesty, and rueful humor. But pondering the imponderables can be a lonely business, and so, like never before, Loudon has brought in friends and family to help him with the heavy lifting. The guest singers include Ramblin’ Jack Elliott, Dame Edna Everage, Chris Smither, Lucy Wainwright Roche, Suzzy Roche, Chaim Tannenbaum, Martha Wainwright, and Rufus Wainwright. Producer Dick Connette, engineer Alex Venguer, and arranger Rob Moose are all back from the Grammy-winning CD set ‘High Wide & Handsome.’ The song treatments range from basic guitar & vocal to sophisticated string settings. There’s even some swinging funk provided by jazz guitar giant, John Scofield. 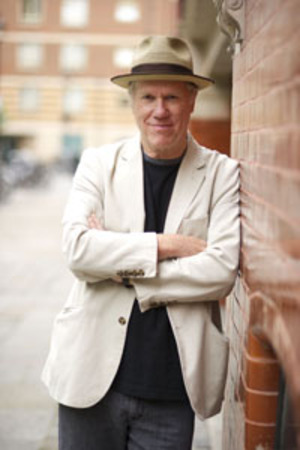