Mano a Mano is a band formed by the brothers André and Bruno Santos, two of the most refined Portuguese jazz guitar players. The duo started as a play group in their living room, which gradually became more serious along the way. They’ve now made their second album for which they composed and created well-polished musical arrangements, exploring the world of possibilities that two guitars can offer, also adding the Braguinha, a traditional instrument from their hometown of Madeira Island.

In addition to their beautiful musical and personal empathy, Mano a Mano mixes preciseness, groove and humor, making every concert a joyful and pleasant experience for every listener. 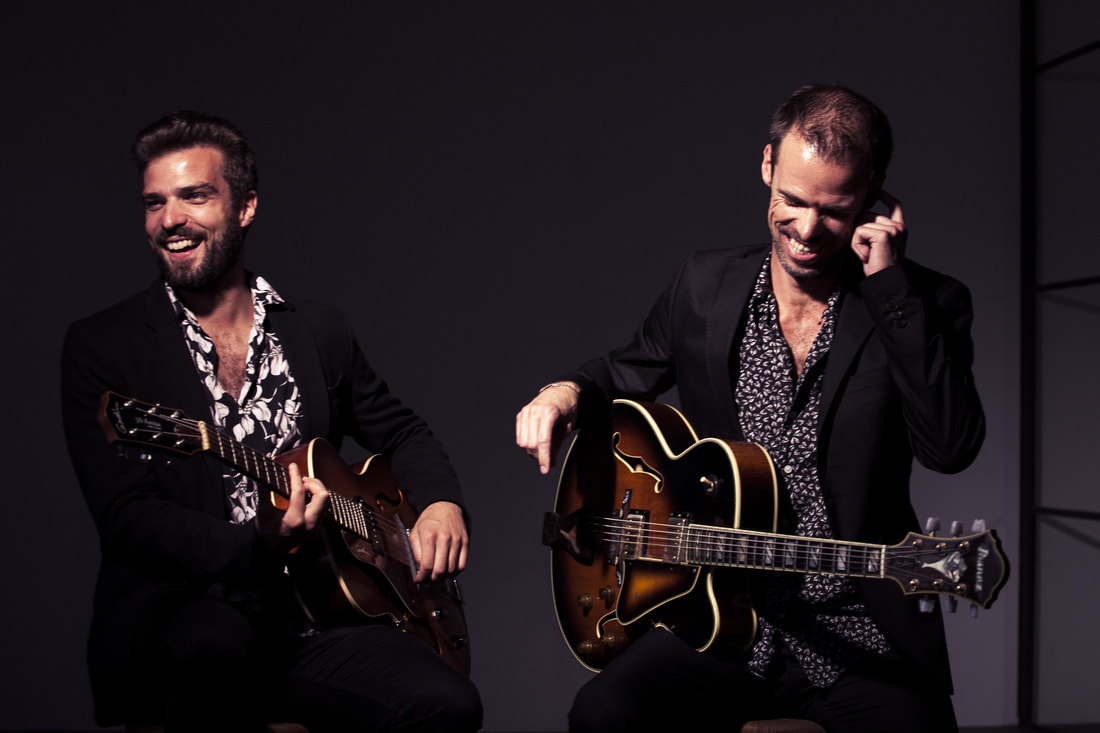