Marshall Crenshaw and The Bottle Rockets

The Bottle Rockets play first and then back Marshall on his tunes. Don’t miss this rare pairing of two great acts. Over 25 years since breaking through to critical and commercial acclaim with his 1982 self-titled debut and its infectious, era-defining pop hit ‘Someday, Someway,’ Marshall Crenshaw creates an incredible new chapter in his career with his 429 Records debut Jaggedland. Crenshaw’s first studio recording in more than six years is his most musically dynamic and lyrically intimate collection yet. Classic Crenshaw attributes including an indelible sense of melody and tuneful essence combine to create a rich warmth and intimacy on every song of Jaggedland. The recording has a powerful vibe of immediacy thanks to Crenshaw’s warm vocals and riveting guitar work. He takes the production to its highest levels working with a roster of well known musical heroes and veteran producers. The new Bottle Rockets album ‘Lean Forward’ on Bloodshot Records absolutely nails a sound and a vibe with a palpable sense of place. It’s suffused with the determination and resilience of their distinctly midwestern roots; theirs is a celebration of pragmatism and tempered optimism, not the delusions and exhortations of glassy eyed zealots-they aren’t going to fall for that. Oh, it’s a flat out, smoking rock record, too. Lean Forward continues the Rockets’ creative resurgence ignited by 2006’s Zoysia. Reunited with producer Eric ‘Roscoe’ Ambel (who ran the knobs on the Bottle Rockets’ seminal albums The Brooklyn Side and 24 Hours A Day), the Bottle Rockets do what no other band does better – look into the hearts and minds and faces of the dying small towns in America and crafts populist anthems with the sympathetic eye of Woody Guthrie and sonic stomp of Crazy Horse. They are songs that demand the windows be rolled down and the volume turned up. And with the hooks, you’ll wonder how they make such problems sound so good. 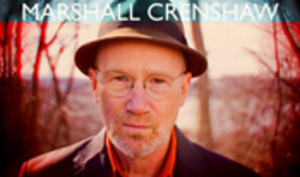