Marshall Crenshaw and the Bottle Rockets

For those of you who don’t already know, here is a bio of our featured performers.

The Bottle Rockets is a rock n’ roll band formed in 1992. They are considered the leaders of the 90’s alt-country/roots rock revival, and it’s no wonder. Their music

The Bottle Rockets’ songwriting has been likened to Woody Guthrie’s folk style in spirit, smarts, and satire. The band’s lyrics encapsulate the common experiences of the everyman, and are set to rousing and searing rock ‘n’ roll.

Marshall Crenshaw is a guitarist and singer-songwriter, who was often compared to Buddy Holly in his early career, and actually portrayed him in the 1987 film La Bamba.

He is best known for his Top 40 hit song “Someday, Someway,” which he saved to close the show, along with “Mary Anne.” Most patrons were already up and out of their seats, dancing by this time.

Marshall Crenshaw and the Bottle Rockets played a killer show; the audience couldn’t have asked for more, though we did try. But, don’t we always?  ENCORE. Thanks for reading, music junkies. 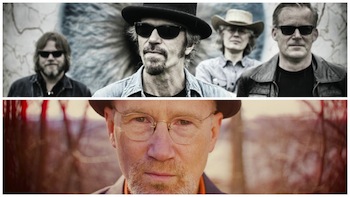