Marshall Crenshaw y Los Straitjackets combines the shared sensibilities of a pop-rock maestro & a band of guitar-wielding masked marauders.
Marshall Crenshaw learned to tune a guitar at age ten and has been making music ever since. His first big break came in 1978 playing the role of John Lennon in “Beatlemania” on Broadway. Over the course of a career that’s spanned nearly four decades, 13 albums, Grammy and Golden Globe nominations, film and TV appearances (Buddy Holly in “La Bamba”) and thousands of performances, Crenshaw’s musical output has maintained a consistent fidelity to the qualities of artfulness, craftsmanship and passion, and his efforts have been rewarded with the devotion of a broad and remarkably loyal fan base.

Los Straitjackets are the leading practitioners of the lost art of the guitar instrumental. Using the music of The Ventures, The Shadows, Link Wray and Dick Dale as a jumping off point, the band has taken their unique, high energy brand of original rock & roll around the world. Clad in their trademark Lucha Libre Mexican wrestling masks, the “Jackets” have delivered their trademark guitar licks to 16 albums, thousands of concerts and dozens of films and TV shows. 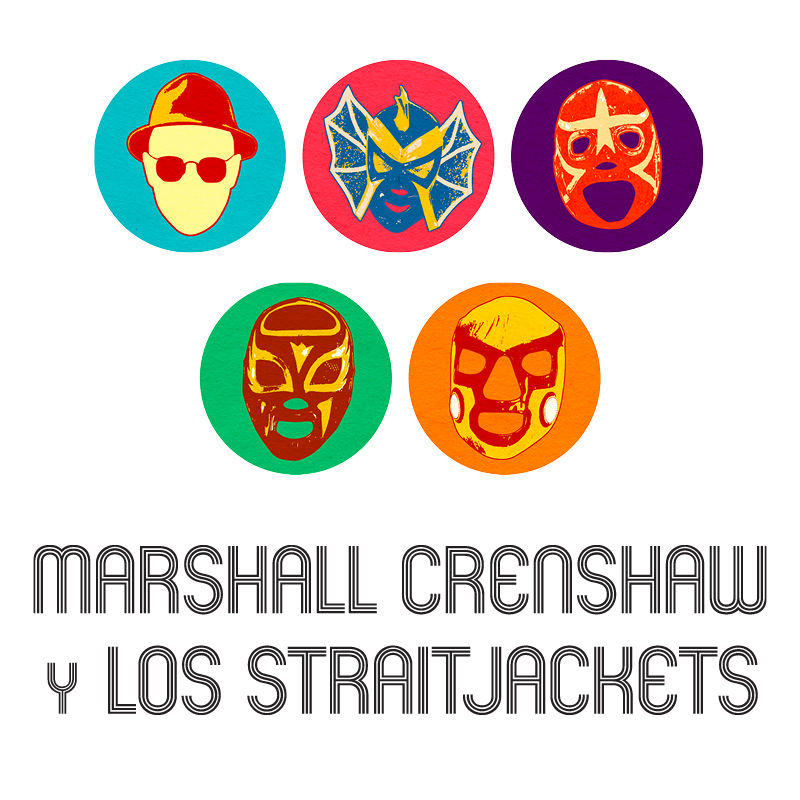