Rather than being considered a singer/songwriter, Martha considers herself a songwriter/singer. She discovered her singing voice after she began writing songs at the age of fifteen. Born and raised in Berkeley, California, Davis moved to Los Angeles in the early ‘70s with her group The Warfield Foxes. They continued their musical career renaming themselves, The Motels, but soon disbanded.

A new lineup of The Motels was created and they were signed to Capitol Records in 1979. Their debut album Motels, produced the hit single Total Control in Australia. Their 1980 album Careful charted in the U.S. with the single Danger. It was the third album, All Four One, that achieved gold record status with the Top Ten single, Only the Lonely, followed by 1983’s Little Robbers that produced another Top Ten single, Suddenly Last Summer. Their fifth album Shock included the single Shame. Throughout the 1980s The Motels were present on the charts and through their iconic videos and live performances.

Today, The Motels continue to record and perform provocative new material. The lineup of players includes Nicholas Johns, Eric Gardner, Clint Walsh and original member Marty Jourard. Davis describes the current band as “the best Motels ever.” The Motels are touring the U.S. playing new material, alongside songs from their vast catalogue. Their Twenty-Seven song CD collection If Not Now, Then When was released March 11, 2017, consisting of songs recorded between 2002-2006. Their newest album, The Last Few Beautiful Days, is expected out late 2017.
In 1982, the Motels released “All Four One.” The smash single “Only The Lonely” rocketed into the Top 10, immediately propelling the album to gold status and breaking The Motels wide open in the United States. The group dominated the music scene and was voted Best Performance for “Only The Lonely” at the 1982 American Music Awards.

Her voice is unique, unmistakable and timeless – The Los Angeles Times’ Robert Hilburn called her “arguably the most charismatic female performer in rock.” And about the Hollywood Bowl concert just a few months ago, The Hollywood Reporter wrote, “Martha Davis, of the Motels, was still strong in voice and admirably delivered hits like ‘Only The Lonely’ and ‘Suddenly Last Summer.'” 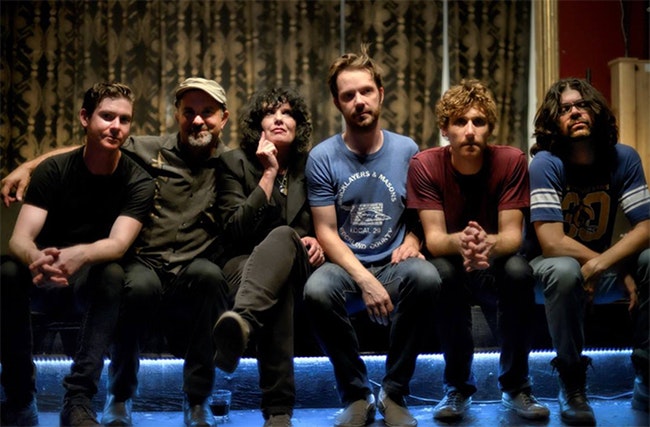