If you were to give country music an address, you might say it’s at the corner of sacred and profane, two doors up from the blues and folk, and just across the street from gospel, R&B and rock ‘n’ roll. And on a deeper emotional and spiritual level, it resides where Saturday night meets Sunday morning. No one understands these coordinates better than Marty Stuart. For over forty years, the five-time Grammy winning multi-instrumentalist, singer, songwriter, photographer and historian has been building a rich legacy at this very crossroads. On his latest release with his band The Fabulous Superlatives, the double-disc Saturday Night & Sunday Morning, Stuart captures all the authentic neon and stained-glass hues of country music ‘ from love and sex to heartache and hardship to family and God ‘ in twenty-three tracks. Born in the small town of Philadelphia, Mississippi, Marty Stuart caught the music bug early, displaying prodigious talent on every stringed instrument he picked up. At an age when most kids are running bases in little league, 13-year old Stuart was logging cross-country interstate miles as a mandolinist with the legendary Lester Flatt’s road band. In his twenties, Stuart toured with Johnny Cash, and also played with other legends such as Bill Monroe, Jerry Lee Lewis and Carl Perkins. By the late 1980s, Stuart was a solo artist, rising faster than mercury in the heat of a hillbilly fever. But amidst the hits and hoopla, the bright lights eventually revealed a deeper truth. With Saturday Night and Sunday Morning set for an autumn release, and more touring ahead for the Superlatives, Stuart says his expectations are high, but grounded in reality. 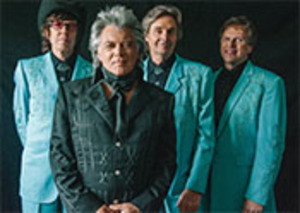