This is event is a fundraiser for THE MASTERY SCHOOL OF INDEPENDENT LEARNING which opened its doors in September 2013 on Rock Street, in Fall River, MA. The school’s mission is best summed up in its motto: If students can’t learn the way we teach them, we must teach them the way they learn! BLACK CADILLAC TRIO is a welcome addition to the South Coast scene, featuring raw, stripped down music for the modern fan. Their roots are in classic blues, rock, and soul with a taste of country twang. A mix of eclectic covers and original songs like ‘Is it Real’ and ‘Feel It’ all of which have been well received by reviewers and local venues since their formation in mid-2013. THE KHOURYS are an exciting new group from Southeastern Massachusetts that have been raised in a family of singer/songwriters/musicians. A musical story that started four generations ago with their great grandparents singing has led to a legacy that is being played out today with their brand of Pop/Soul/Rock/and R&B. THE KHOURYS are currently working on their debut album. Listen to their song, ‘I’m Sorry’ at http://www.youtube.com/watch?v=YwE8iS-8DtM&feature=youtube_gdata_player 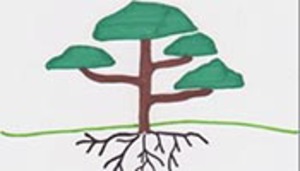