Matt Andersen has been enthralling audiences with his one­-of­-a­kind performance in North America, Europe and Australia for years. Earlier this fall, the award winning artist once again de­camped from his New Brunswick home – this time to record his upcoming album. Produced in New York with Commissioner Gordon (Joss Stone, Amy Winehouse, KRS­One), H​onest Man follows up the JUNO Award nominated W​eightless​and sees the songwriter pushing himself into new territory. Blessed with a rich gospel soul voice and armed with a new set of songs, Matt Andersen found a perfect partner in crime with Commissioner Gordon.“Gordon has worked with so many different people, like Santana and Quincy Jones, on so many historic albums,” says Andersen. “He has such a great approach and was able to tie­in so many new ideas to what I’ve done in the past without losing touch with my sound.”

With over 5 million views on YouTube, independent sales over 30,000 albums, a 2013 European Blues Award, and winning Best Solo Performer at the Memphis Blues Challenge, it appears that the entire world is now discovering Matt Andersen. A powerhouse performer with a giant soul­filled voice and commanding stage presence, Matt has built a formidable following the old fashioned way – touring worldwide and letting the converted audiences and Andersen devotees spread his reputation through word of mouth. In addition to headlining major festivals, clubs and theatres throughout North America, Europe and Australia, he has shared the stage and toured with Bo Diddley, Buddy Guy, Greg Allman, Tedeschi Trucks Band, Randy Bachman, Little Feat, Jonny Lang, Serena Ryder, and more. Andersen has won the 2013 Euro Blues Award for Best Solo /Acoustic Act, three Maple Blues Awards in 2012, and nabbed him 2010 International Blues Challenge in Memphis. Since the release of W​eightless​in early 2014, Andersen has received a JUNO nomination for Roots & Traditional Album of the Year, a CIMA Road Gold award, and a Maple Blues Award for Male Vocalist of the Year.
Opener: Neil McCarthy, original blues musician and local favorite. 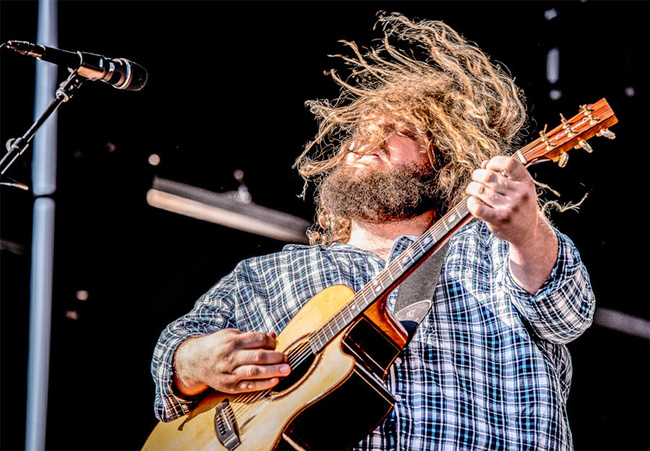