Mascot Label Group / Provogue are delighted to announce the release of the new album, ‘Far As I Can See’, from guitarist, singer, songwriter and producer Matt Schofield. He is lauded as the British blues guitarist of current times. Guitarist magazine said, ‘There isn’t a better British blues guitarist playing currently.’ With his first release for Provogue, Schofield finds himself as representative for the long tradition of British Blues on the ultimate blues guitar label, and gaining a home amongst his peers – the world’s greatest contemporary blues players. The new collection finds Schofield on stunning form, well able to justify both his fearsome reputation and also the sense of anticipation around this release. Alongside two choice covers from his musical heroes, the album’s nine original tracks showcase his continued growth as an exciting songwriter within the genre, delivered with impassioned vocals to create a diverse and unique take on the blues. ‘Far As I Can See’ is his fifth studio album. He has also released four live collections, and a guitar instructional DVD for publisher Hal Leonard. The recipient of major awards – British Blues Awards Guitarist of the Year 2010, 2011 & 2012 (making him the first guitarist in the British Blues Awards Hall of Fame), Mojo Magazine Blues Album of the Year 2011 and British Blues Awards Album of the Year 2010 ‘ he imbues this album with stunning musicianship; but never at the expense of heart and soul. Matt Schofield was rated in the top ten British blues guitarists of all time by Guitar & Bass Magazine alongside such icons as Eric Clapton and Peter Green. His prowess as a blues guitarist has seen him trade licks with iconic guitarists like Buddy Guy and Robben Ford; and brought him high praise in the ‘Penguin Book of Blues Recordings’ as one of only two living British artists to gain a maximum four-star rating. 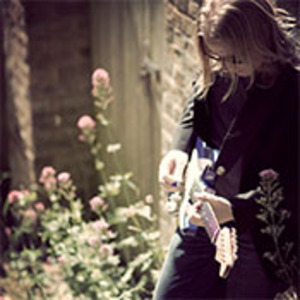