She’s a member of the Rock and Roll Hall of Fame and VH1’s Greatest Women of Rock and Roll. She was a member of the Staple Singers, who had two #1 singles, ‘I’ll Take You There’ and ‘Let’s Do It Again.’ During the 1960s the group was the spiritual and musical voice of the civil rights movement, and were closely associated with Rev. Dr. Martin Luther King, Jr. Over the years, Ms. Staples has worked as a solo performer, recording her own albums and working with Bob Dylan (a Grammy nomination for her duet with him on the song ‘Gotta Change My Way of Thinking’), Prince, The Band, Ray Charles, Delbert McClinton, Natalie Merchant, George Jones, and others. Mavis is touring behind her new record ‘We’ll Never Turn Back’ produced by Ry Cooder. The record has received widespread accalim and is one of her finest efforts. 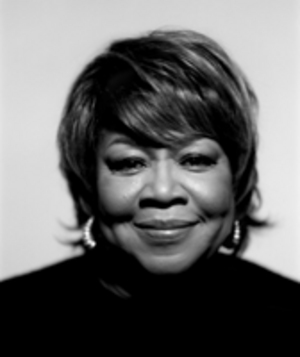