On her first self-produced album since 2004, Melissa Ferrick takes us through the ending of one relationship and into the early stages of another. It’s a candid record that she sets to a sweeping Americana/alt-country soundtrack, layering pedal steel guitars and background harmonies into some of the lushest, brightest songs of her 20-year career. Ferrick’s life has always been an open book. Signed to Atlantic Records in the mid-’90s, she helped represent a new wave of alt-rock females – including artists like Liz Phair, PJ Harvey and college-mate Paula Cole – who sang about adult womanhood with sharp, unchecked honesty. Morrissey proved an early champion when he personally invited her to tour as his opening act, and Ferrick eventually went on to found her own label and release a number of albums in which she played every instrument herself. Her life took dips and turns along the way, and she chronicled every detail in her songwriting. On her newest album on MPress Records, the truth is, Ferrick opens up the studio doors to several outsiders, including Grammy-Award-winning mixer – and former Daniel Lanois apprentice – Trina Shoemaker (Brandi Carlile, Sheryl Crow), engineer Rafi Sofer (James Taylor, Juliana Hatfield) and a full band. The result is a raw, rootsy record about the ups and downs – but mostly the ups- of life and love. 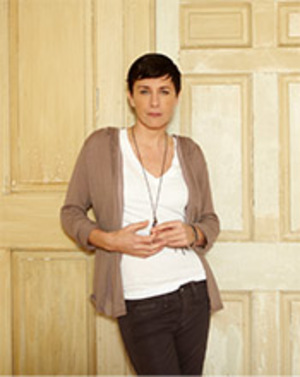